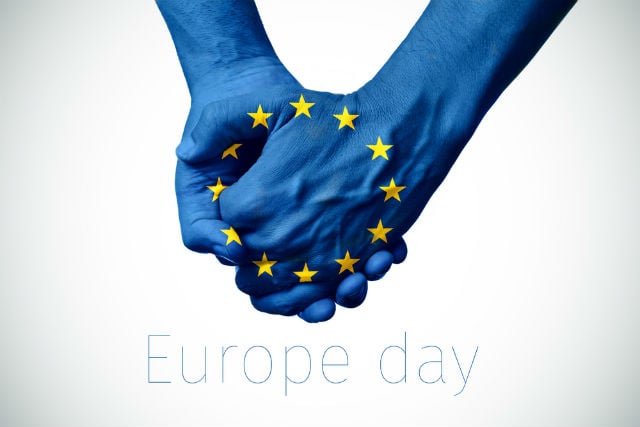 On the 9th May 1950, the former French foreign minister Robert Schuman proposed The Schuman Declaration, presenting the founding of the European Coal and Steel Community (ECSC). To begin with, it was just a deal between France and West Germany to pool steel and coal industries to keep the peace after World War II.

Membership grew and in little more than a year came to include Belgium, the Netherlands, Italy and Luxembourg. This declaration marked the beginning of a long series of supranational European institutions leading to the formation of the now so-called 'European Union'.

It was not until 1985 that the European Council in Milan adopted the 9th May and named it ‘Europe Day’.

But why celebrate the founding of the ECSC and not the European Union?

The ECSC was the first community established at the end of the World War II aiming to enhance peace and encourage economic growth. It enabled the integration of the European population over the years before the European Union was founded in 1993.

Besides, there are various reasons behind the decision to celebrate ‘Europe Day’.

The European Council wanted to help citizens integrate by building a sense of European identity among the different member-states populations. This sense of belonging was made easier by establishing different ‘European items’ like the ‘European emblem’, which is reminiscent of a national flag. These items would have been legally protected by the European Constitution. However, in 2005 the treaty failed, and it was replaced by the Treaty of Lisbon which still upholds the symbols.

The issues encountered by the European Union while trying to enhance this European Identity can be also be found among European citizens themselves. Arantxa Saloni (pictured above), 28, from Barcelona, moved to Stockholm four years ago and admits to SI News that “Europe means being part of the same group, but I always say that I am Spanish, or Catalan, not European; I am from the world as there are no barriers.”

She adds: “Europe has a meaning for those of us who want to travel around; it makes things a little bit easier, but I still think the European Union should do a bit more. It is not just about removing physical borders, but the administration should facilitate integration. And even if every nation has its own laws, they should take care of the European citizens.”

The members of the European Union have been trying to spread this sense of belonging since 1993, when the European Union – as we know it now – was founded. And since then, the importance of Europe Day among the different members increased exponentially.

For instance in Warsaw, Poland, the Schuman Parade is often organized during Europe Day to celebrate the accession of Poland in the EU.

In Germany instead of celebrating just one day, they introduced ‘Europe Week’ (Europawoche). These events show how being part of the European Union is crucial for member states. Zeir Ljung (pictured above), 56, from Stockholm, positively says that “being part of Europe means I have relations. I have relatives in Germany, France and in Denmark. It is like being a big family, a community”.

Despite creating a community among different populations with different backgrounds, not everybody feels part of it – or felt part of it. Daniella Subuola (pictured above), 20, from London says: “I don’t really feel part of Europe and I would never say I am European, mostly because of the geographical position of the UK. I have never felt European and I feel it even less now. I voted to stay in the EU due to the possible travel and business restrictions […] but I feel like the UK is on its own lane.”

The European Union has changed over years; it has improved its structure and tried to establish a common identity among members. However, most of its population still firmly identify themselves not as European, rather as citizens of their country of origin. Some may feel part of the ‘big family’, some believe that is good to be part of it, others not, but it seems most associate Europe with something safe, positive and with a wide range of benefits.