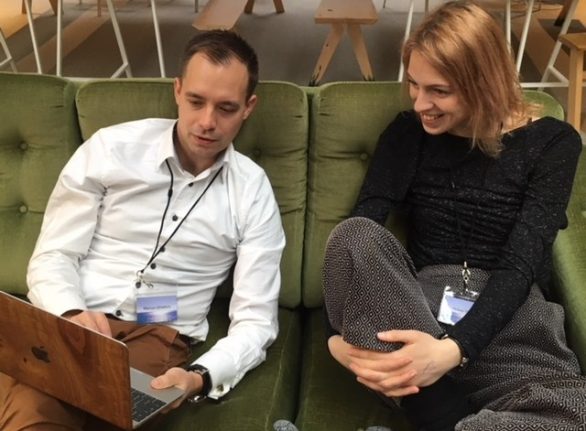 Computer science is growing at lightning speed, with some of the largest strides in recent years being taken in the fields of artificial intelligence (AI) and machine learning. But the challenge is to make sure that all tech entrepreneurs, researchers and innovators are able to keep up with and benefit from the breakthroughs.

“I think if there are things in the world holding science back, this is one of them: making sure that people who are doing research have the right skills,” Malmö-based particle physicist Abbey Waldron emphasizes.

This hurdle prompted her and her colleague Muriel Grobler to ask the question: well, what if we get people who want to learn these skills and apply them to their research in a room together, and teach them?

“A lot of people want to get into the field of AI but don't really know how, and a lot of the latest developments happened after they left university. There are a lot of things that happened in the past five or six years that you never had a chance to study if you graduated ten years ago,” says Waldron.

She got her PhD from the University of Oxford in 2012 and has since worked in the fields of machine learning and education in Rotterdam, the Netherlands, and now Malmö, Sweden.

Together with Grobler she set up Computer Science Retreat, a course where developers and scientists can come, bring their own projects and learn how to apply the latest AI tech to them. It is based in Austin, Texas, where Grobler lives, and Malmö, where Waldron moved around a year ago. The Briton ended up in the southern Swedish city by chance. She had left the Netherlands and was travelling around Europe when she one day went across to Sweden from Copenhagen for the day for an event at Foo Café – a meeting hub for people interested in tech and media. It was love at first sight.

“I had realized Rotterdam wasn't the city for me. So I travelled around, I went to Berlin, Copenhagen and then when I came to Malmö I didn't want to go anywhere else.”

“The people and the atmosphere were just great. And the whole tech community was like going back to university with so many people everywhere who were interested and interesting.”

Today, she is based at The Ground, a co-working space focused on artificial intelligence.

“It's basically a big geek house,” says Waldron. “What strikes me in Sweden is that people are really interested in technology. There is a lot of healthy debate. I go to meetups in Malmö where people often meet in the bar afterwards and discuss some particularly worrying aspects of the future of technology and have debates about these things. People in Malmö – at least the people I run into – are very interested in the topic.”

They organized their first Computer Science Retreat as a three-day course in Malmö earlier this year, with just over a dozen participants working on everything from weather forecasting systems to price prediction systems. The point behind it is to learn by doing, not just by listening to a lecture, explains Waldron.

“A lot of people I meet are really interested, 'oh, how did you get into machine learning?' but it's not something you pick up just like that. It's not like watching a one-hour YouTube video, you have to spend a bit more time. There are lots of problems you run into when you're playing with data that you didn't necessarily expect, and it's good to then have a mentor to help you out.”

The next retreat is planned for September, with several more dates scheduled in the coming year.

“I want people who do research in science – and I don't just mean artificial intelligence – to come and learn more about these techniques and take them back and develop their research. That's my dream.”

“I've been working in the field for a long time and there have been a lot of exciting developments. I think so many people in academia or research should take these developments and develop them for their own projects. It is the right time for wider use of this technology,” argues Waldron.

The idea behind machine learning is that you don't explicitly program what a computer should do, she explains. You tell it something to optimize and then it has to learn the parameters by itself. It has made a lot of recent developments possible, take self-driving cars as just one example. It can also help scientists interpret and understand their data.

“We're already seeing huge advances in medicine because of AI. Speech recognition was not usable five years ago and now it's everywhere,” says Waldron.

“In my branch of particle physics we're building experiments now that wouldn't really have been possible to analyze the data for if we hadn't had this breakthrough in computer vision. And in the future, I don't know what all these breakthroughs are going to be, but that's exciting, right?”

Jobhunting in Malmö? Browse English-language roles on The Local Jobs. 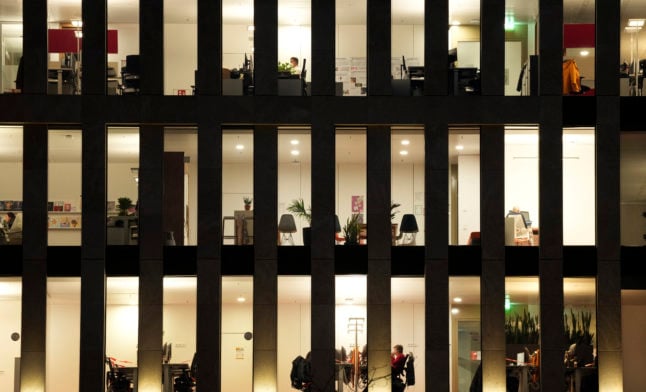