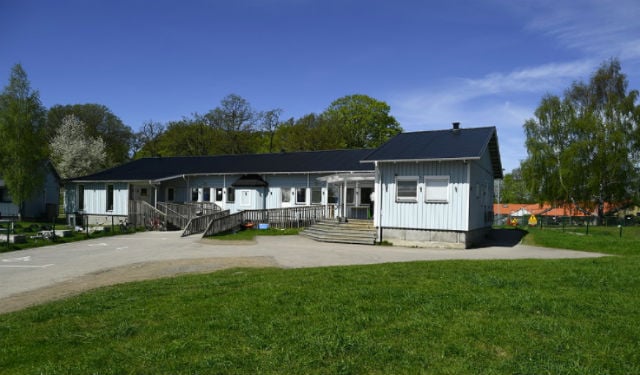 This mosque in Växjö will now feature calls to prayer on Fridays. Photo: Suvad Mrkonjic/TT

The move comes after a controversial appeal from the local Muslim foundation.

“It feels good to know that you can rely on the society's democratic process,” the group's spokesperson, Avdi Islami, to Christian newspaper Dagen.

“Our intention has never been to disturb anyone,” he added.

But to ensure the the call to prayer, held once every Friday, doesn't disturb any locals, it comes with a few rules.

This is not the first time a mosque in Sweden has been granted permission to have a call to prayer.

A mosque in the Stockholm suburb of Botkyrka holds a call to prayer on Fridays, and does so in line with the laws in the area.

Its permit has recently been renewed and the council said it has received no complaints. There is also a mosque in Karlskrona with calls to prayer.

But Växjö mosque has proven to be a hot topic across Sweden, not least with a general election looming.

The leader of the Christian Democrats, after learning of the Växjö mosque's plans, went as far as to instruct local politicians to vote against allowing mosques to hold calls to prayer.

Sweden's Jewish community has even weighed in on the debate, comparing the complaints about the mosque to the way Jews were treated in Sweden in the 1700s, where there was hysteria over Jewish immigrants bringing instability to the country due to their unfamiliar customs.

OPINION: Saying 'be like us or stay away' won't further integration in Sweden

But in Växjö, the Muslim community insists that a call to prayer is just like any other part of society that must be accepted.

“In a society we have to accept different messages,” Islami told Dagen.

“For example, I'm allergic to dogs but I've got to accept that they exist in society. And it's the same with religion. The other option is to isolate yourself in fear of being affected by everything. And that just wouldn't work.”

MOSQUE
Sweden to deport Iraqi imam and his son
Url copied to clipboard!