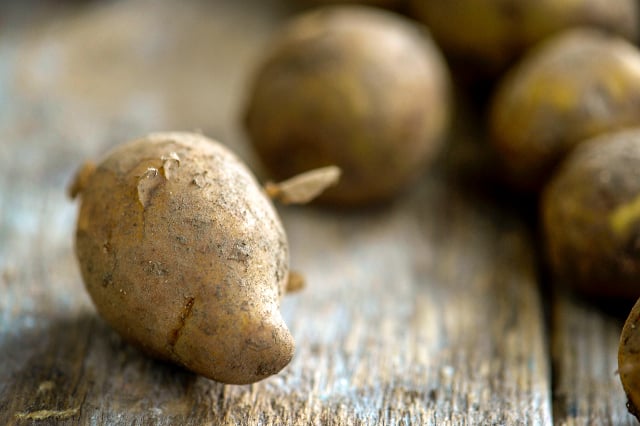 Forty kilos of the spuds were sold for 2,000 kronor per kilo at the auction on Bjärehalvön in southern Sweden on Tuesday. To put that into perspective, it is around 200 times more than what a kilo of such potatoes would normally cost in Swedish supermarkets.

Perhaps surprisingly, they were snapped up by low-cost supermarket chain Lidl.

They were harvested by potato grower Arnold Ebbesson, reports potato marketing company Svensk Potatis, and the entire sum, 80,000 kronor ($9,000), will be donated to child cancer charities.

Ever since businessman and scientist Jonas Alströmer made potatoes popular among the masses in Sweden in the 18th century, they have been an essential part of the Scandinavian country's cuisine.

Färskpotatis (new potatoes), the first potatoes of the season grown outside and harvested before fully grown and brought to the store to be sold without being cleaned or prepared, are considered a delicacy.

They are often served on Midsummer's Eve together with pickled herring and akvavit.