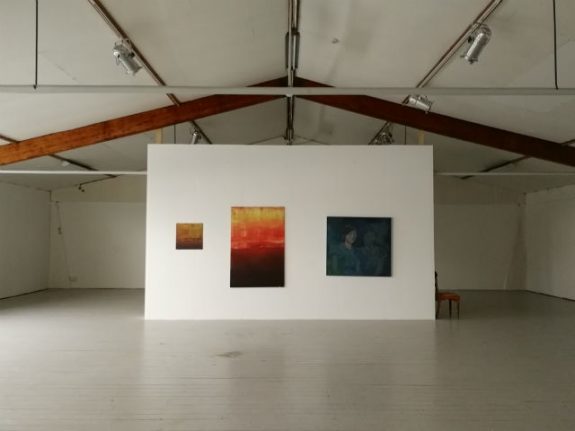 Gothenburg City was founded in 1621 and is intensively working for the celebration of its 400-year anniversary as capital of the Scandinavian naval industry. However, Gothenburg is also an important trade centre and Sweden’s second largest city.

The city has gone through turbulent years as Gothenburg’s primary shipbuilding activity shut down leading to an identity crisis. But in true Swedish spirit – we all know how resilient they are when faced with winter darkness –  Gothenburg is already thinking ahead and is presently on a quest to re-establish public transportations and renew the riverside. Indeed, the city itself was even named after the river Göta Älv.

Personally, the Göta Älv is the best part of Gothenburg while the harbour instead, has become peculiar and unpopular over time. Along the shoreline, vacant spaces have been marked as danger zones which emphasize the water as a symbolic barrier rather than a connecting artery of the environment. The city is clearly separated between “this and that” shore.

On the other hand, Gothenburg hides different historical layers. From old wood building traditions in the district of Haga, which were once part of the fortified old town, to the notorious Million Homes programme showing the versatility of the city and its inhabitants. Thus, Gothenburg has many identities and due to the well-known Swedish housing crisis, the city has been forced to develop and expand.

But, what do we usually think when the word development appears in the narrative?

The first thoughts might be related to the marvellous new buildings constructed for the “people of the future”. However, the detectable irony in the previous sentence is actually a lament over the way cities have evolved in the age of consumerism. To a certain extent, the intentional distribution of public attention to peculiar problems is part of the development plans envisioned by the municipality in Gothenburg. For example, the contradiction between the emphasis on the benefits of development plans and the rather reserved debate on gentrification. However, in this case, it is not about addition, but the re-evaluation of existing resources. And space is the resource, maybe the most valuable one!

In addition, sustainability is one of the most important factors of societal evolution in Sweden. The highly ethical approach in the system of natural resources’ management is visible from the detailed level to the broader development plans.

So, what makes Gothenburg so different and people-friendly compared other cities? In my opinion, these features are the result of an attempt of balancing between the preservation of the city's history and at the same time, caring for the constant inflow of new inhabitants.

There is a wide range of examples of the civic initiatives and citizens involvement in decision making throughout the diverse areas of the city. Among the most notable, two areas located in the harbour: Frihamnen and Ringön. Both places are testing ground for urban interventions, but the implementation of the plans here has taken opposite directions.

In Frihamnen, the municipality is conducting so-called tactical urbanism projects. More precisely, a top-down initiative, where the city planning office offers a test of a possible variation of the existing space. Within a predefined timeframe, citizens get a chance to test and suggest modifications, and if candidates are satisfied, the change is made permanent.

Several prototypes were developed by the Älvstaden office. Among those, the most successful were the projects of the public sauna and swimming pool, which are now much-loved by citizens. It has become an attractive spot and is on the bucket list of every tourist visiting Gothenburg.

In the upcoming period, Frihamnen is going to be transformed into an exclusive housing zone meanwhile the public bathing culture will be nurtured in the future. Thus, the city council aims to purify all the water running through Frihamnen in the following years.

The second area – Ringön – is a known brown-field territory; with heavily-polluted ground, cut off from the rest of the town by industrial infrastructure. However, a certain percentage of old activities have survived until today, but not nearly enough to fill up all the remnant buildings of the harbours active epoch.

If there is a will, there is also a way, and contrary to possible assumptions, Ringön today is not a dead place. The empty warehouses might become wonderful exhibition spaces or art studios hosting artists, small companies and start-ups. The area is indeed now being devoted to the development of the creative industries.

In the next 24 years, no housing will be built in Ringön. The Saltet på Ringön, a local organization, is providing low-rent working spaces for hundreds of small firms while trying to break the public awe around the former industrial sites.

Various events are organized for the wider public and with no doubt, vacant buildings make an ideal choice for craftsmanship, artisan practice and workshops. Sustainability is important and Ringön exemplifies the Swedish perception of it, including not only natural, but cultural sustainable models as well. Thus, this island in the middle of the city is an area of co-existence and bottom-up development of culture which should be keeping pace with the residential function.

To simply sum up, in the manner of the humble Swedish culture, it is safe to claim that the city of Gothenburg is a perfect mix of metropolitan urban functions and small, human-scale spatial structures. Let’s hope that the Jubilee 2021 will find the Göta Älv fully integrated in both the urban life and people's identity.