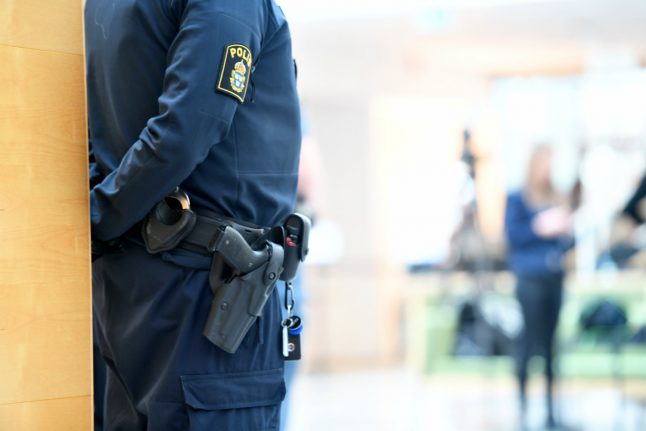 The officer will be fined 25 percent of his wages for five days, reports newspaper Dagens Nyheter.

The forgetful officer is reported to have made the error during a critical phase of an operation against violent crime in western Sweden, according to the report.

A subsequent visitor to the facilities found the gun, which was kept in a safe place until it was eventually recovered.

The police’s disciplinary board took the decision to dock the officer’s wages as punishment for his forgetfulness, Dagens Nyheter reports via the Siren news agency.

The high-pressure situation in which the mistake was made was taken into consideration in determining the penalty.

The officer is also reported to have attempted to rectify the error by trying to find the gun after losing it.

Similar episodes of police weapons being forgotten and left in public places have occurred before in Sweden, as well as in neighbouring Denmark.

In that instance, the officer also attempted to retrieve the lost weapon, eventually tracking it down to find it in the possession of a private citizen. The gun’s magazine was reportedly loaded with eight cartridges.

She was given a penalty of five days’ wages for misconduct.

Last year, a policeman in Denmark forgot to take his gun with him from a visit to a lavatory at Christiansborg, the seat of the Danish parliament.

And in 2016, a police officer left his weapon on the floor of a toilet at a police station in Sweden's Jämtland region, reportedly due to being upset by a break-up with his girlfriend.