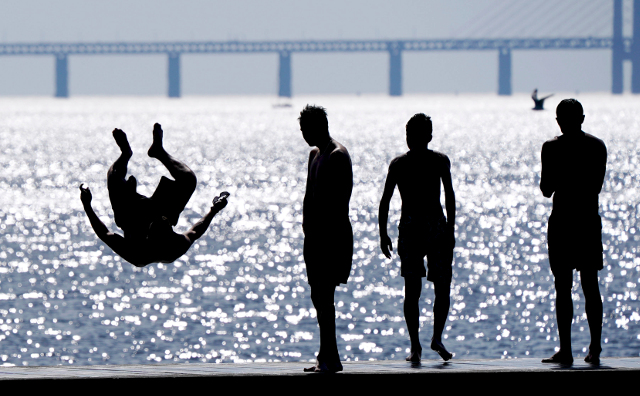 The heatwave from Finland is expected to stick around until Wednesday, according to national weather agency SMHI, with unusually high May temperatures in almost the whole of Sweden.

“We'll have temperatures far above normal in all of the country if you compare to statistics between 1961 and 1990,” said SMHI meteorologist Linus Dock.

Only in the far north of the Lapland mountains is the mercury expected to stay at normal levels.

“It’s not very uncommon that we get around 25C or 30C in May. But if it climbs above 30C it is unusually warm,” said Dock.

Skellefteå and Pajala in northern Sweden had 25C and 20C, respectively, on Sunday. The west coast of Sweden could get over 30C on Monday, and the rest of the country on Tuesday.