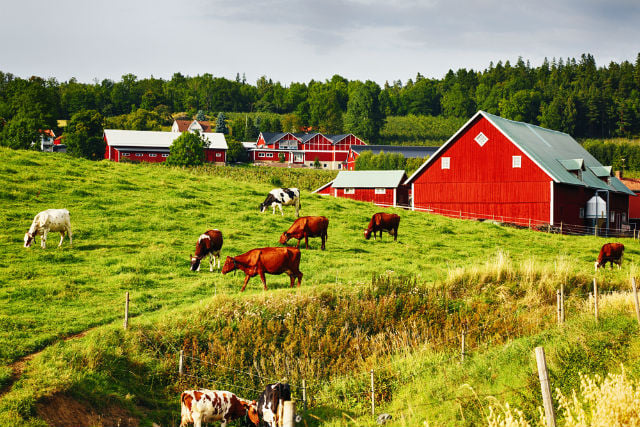 It can sound complicated at first, but edge computing is actually rather straightforward.

In a nutshell, it involves the processing of data as near to the source of that data as possible, hence the name ‘the edge’. Rather than utilizing one centralized server or pinging information to and from the cloud, edge computing takes place right at the device, whether that be a mobile tower or the phone in your pocket.

That’s right. You’re likely utilizing edge computing even if you’ve never heard the term before. Which you probably haven’t.

“Most people don’t know what the edge is,” Mattias Fridström concedes.

As the ‘Chief Evangelist’ for Swedish telecom firm Telia Carrier, Fridström is at the cutting edge (excuse the pun) of computing. Telia is number one in the global internet backbone rankings, a position it has consistently held since 2017. In layman’s terms, that means it is currently the most important company for the internet and functions as a crucial backbone tying the world wide web together.

For a guy with such lofty tech credentials, Fridström chooses a surprisingly low-tech example to explain the edge: cows.

“Let’s say you’re a Swedish farmer who tends a large herd of cows. Each individual cow is outfitted with a transmitter that sends signals to your personal computer or mobile phone that calculates those signals for fairly simple computations. That’s the edge. The farmer’s computer or phone is making calculations that don’t need to be sent off to the cloud or a centralized server,” he says.

Fridström stresses that edge computing is less a replacement for the cloud than it is a complementary system.

“Some of the easier things can be done a lot closer to the end user. The simplest calculations can be done at the very edge of the network, while really complicated data will still need to go into the core where you have a lot more computation power,” he says. “There are certain functions that farmer will want to do with just a mobile phone there on the farm and those are the kinds of things that can be done at the edge.”

It is already being utilized by a number of popular applications like Facebook and Pokemon Go. When it comes to the social media giant, Fridström says that Facebook stores all user photos in massive data centres but utilizes edge computing to store recent photos closer to the user while the user is most likely to share them. Smart, huh?

But the real potential of the edge lies within the internet of things (IoT). As more and more of our everyday objects become capable of sending and receiving data, that data needs to be processed closer to the objects themselves. In many cases, your phone will serve as an edge device as it processes information from your internet-connected refrigerator, home thermostat or what have you.

“With IoT, a lot of things that can be done on the mobile phone actually use edge computing so that the brain of the network is brought closer to where the users are,” Fridström explains. “With basic computing that is fairly easy to do, you move things closer to the edge so that things can happen very fast.”

From a user perspective, what matters is how quickly information can be processed and delivered. By doing certain computations at the edge, end users get what they need quicker than they would if the information was sent further off.

For public transport passengers in Sweden, that means being fed traffic and scheduling information, along with onboard infotainment, through edge devices located right in the busses and trains themselves, says Carina Berglund of Fältcom, a Umeå-based firm that monitors some 40,000 IoT devices worldwide. Would you travel on a train that's on the 'edge'? Photo: Ifeelstock/Depositphotos

Berglund says that Fältcom utilizes edge computing technology to serve both passengers and transport companies like Nobina and Skånetrafiken.

READ ALSO: Why Sweden is leading the cryptocurrency revolution

“There can be 20 different IT systems within a bus and these all used to work independently. But we’ve brought them all together into the same channel so that you no longer need 20 antennas, you just need one or two,” she says.

Passengers can watch traffic information or access news and entertainment that is stored locally in the bus, rather than on a central server or the cloud. This means that the service is always available.

“If the system breaks down, the passenger will never notice because that information is stored locally,” Berglund says.

That processing of information on devices that are closer to the end user is what the edge is all about, Fridström says.

“Ten years ago, everything had to go back and forth to a central location in a big city somewhere. Every company had its own server in the basement and everything was very local. When the large companies like Amazon came along and offered to build cheaper, better data centers in exchange for cloud connectivity, we went from a local system to a very centralized one,” Fridström says.

“Edge computing takes the data that is needed every day and stores it much closer so that it can be more conveniently accessed. The rest of the data is still stored in a central, more cost-effective place, such as a data center here in Sweden where we have fantastic connectivity and low cost of energy,” he explains.

The proximity and speed of the edge will soon expand into more customized content, the ‘chief evangelist’ predicts.

“A lot more things will happen closer to the user so that the delay between wanting to see something and seeing it will be a lot shorter. There will be a lot more things happening on your phone as you move throughout the city, as companies will take advantage of this technology to give you information where you are and when you want it,” he says.

An example could be specialized offers that come in on a user’s phone as they pass by a particular storefront. While that might sound appealing to some, Fridström acknowledges it could be a bit creepy to others.

“It has to be at the user’s choice. The current Facebook discussions are bringing to light the fact that users should only get what they want, not everything someone else might believe they want,” he says.

But for those who do want the immediacy that the edge allows, he says the data will become much more relevant.

“Edge computing is simply about getting information when you need it and not 20 seconds later,” he sums up.

This article was produced by The Local Creative Studio and sponsored by Data Centers by Sweden.