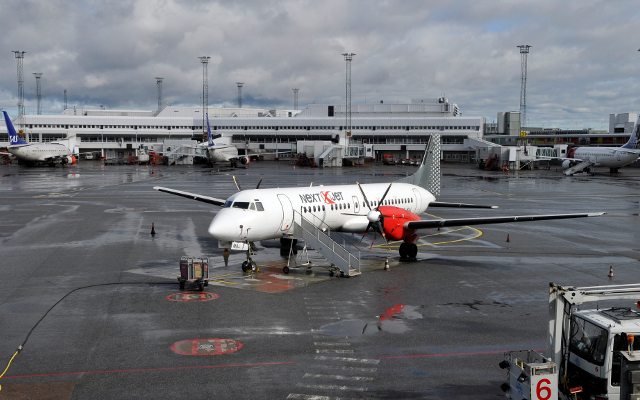 It cancelled all its flights from 1pm onwards with immediate effect.

“It is deeply regrettable that the board is forced to make this decision. Especially for our passengers who are directly affected by this and for our staff, but also for our suppliers and partners,” said Nextjet CEO Magnus Ivarsson in a statement.

“We have done everything in our power to find a solution, but have unfortunately not succeeded. A liquidator will now be appointed to make a decision on the future of the company,” he added.

According to Nextjet, whose website crashed after the announcement, it is no longer possible to book tickets. It urged passengers not to go to the airport, but contact a travel agency or their credit card provider for more information. If you paid for your ticket with a credit card you may be able to claim money back.

Sweden's Transport Agency (Transportstyrelsen) revoked Nextjet's operating licence in August last year due to the company's financial difficulties. However, it was still able to operate under a temporary permit and in October the Transport Administration approved a new licence for the company.

Nextjet is based at Stockholm Arlanda airport. The majority of its destinations are in northern Sweden.

“This is devastating to us,” said Lotta Åman, mayor of the small town of Arvidsjaur, which will be heavily hit by Nextjet's fall. Its residents will now have to travel almost two hours to get to the nearest airport.

“We have a growing car testing industry and a growing tourism industry. We obviously also have residents who want to fly from here rather than going to Skellefteå and Luleå and fly from there. The airport is the hub of the region,” Åman told Swedish news agency TT. Gällivare also loses its link to Stockholm.

Wednesday's news also mean there will be no flights between for example Sundsvall and Luleå, two major hubs in northern Sweden. Travellers will however still be able to fly between both towns and the Swedish capital, routes that are operated by other airlines.

The Swedish Transport Administration (Trafikverket) is responsible for ensuring that remote areas are served by flights. In this case it mainly applies to four airports, according to press officer Bengt Olsson.

“Hemavan, Vilhelmina, Lycksele and Arvidsjaur. Normally we have to put it out to tender and that takes several months. And it is not really ideal that it takes so long. We are now looking at if there are any solutions,” he told TT.

Tomas Mörtsell, mayor of Storuman municipality which is home to Hemavan-Tärnaby Airport, said he was “not surprised” because Nextjet “had been in difficulties for quite some time”.

“It is a plus, all things considered, that it happens after the winter season which is the busiest time for us,” he told The Local. “It is important that the Transport Administration finds a solution soon so that we don't have too big a gap in traffic.”