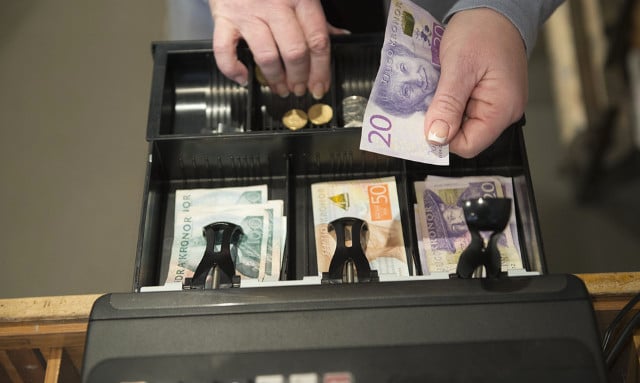 Every other year the Riksbank reviews the payment habits of people in Sweden, and in the latest edition, seven out of 10 respondents said they could live without cash as a payment method.

That's perhaps not surprising considering the same survey showed that only one in eight (13 percent) had used cash for their most recent purchase. In 2010 the level was 30 percent.

MORE FROM THE LOCAL ON CASH-FREE SWEDEN: The Riksbank's new survey shows banks are part of the shift too, with the number of Swedish branches handling cash falling to 580 in 2017 – down 60 percent since 2011.

Sweden's central bank says it is the attitude of the public that is the driving force behind the change in approach. Between 2006 and 2016 the number of cash withdrawals from ATMs has halved in the country, despite the number of machines being stable. The average amount of cash taken out has also dropped by 56 percent during the same period.

Sparsely populated areas were the least keen on a cash-free Sweden, with one in five there using cash for their last purchase, and 35 percent saying they see reduced cash use as a negative.