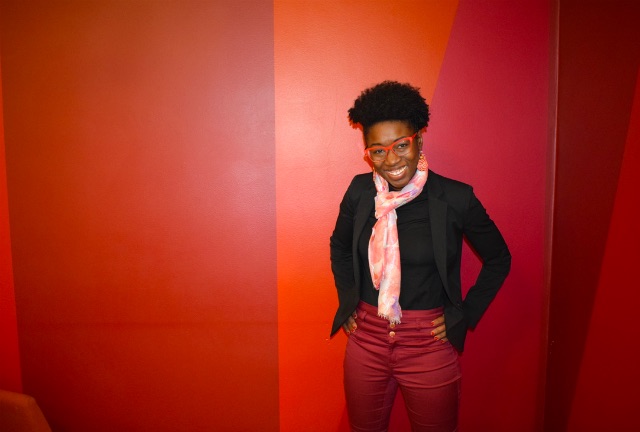 If there’s anyone who can make you feel like an underachiever, it’s Joy Buolamwini. Not only is the twentysomething a PhD student in social impact technology at the MIT Media Lab, she also holds a master's degree in Learning and Technology from Oxford University and a bachelor's degree in Computer Science from the Georgia Institute of Technology.

However, her day-to-day life doesn’t only involve research – as she admits to SI News – but Joy also gives “talks and consults with representatives from companies, governments and civil society on how to make technology more inclusive or how to mitigate the harms that come from technologies”.

What is the Algorithmic Justice League?

The Algorithmic Justice League is a project aiming to raise awareness about the different ways technology can cause harm.  The goal is addressing the rising need for accountability, fairness and transparency in coding systems, which enable citizens to guarantee their rights or find out violations.

To achieve this, it creates tools to help techies check if there are harms that they might not have considered when developing their technologies and then to mitigate those harms. For example, they are developing standards to avoid bias in facial recognition software, which often excludes certain tones of skin and face-shapes, in order to achieve a more inclusive algorithm.

Algorithms are often propagated by techies with their embedded views – Coded Gaze – creating limited views and thus, an elite-gaze. Instead, the Algorithmic Justice League wants to make technologies available to anyone, without limitations.

“For these technologies used widely you have to show that the harms we know about are not being made worse by the technology you are creating”, says Joy.

Before starting with the Algorithmic Justice League, Joy did her undergraduate studies in Computer Sciences at the Georgia Institute of Technology, where she was awarded a Fulbright scholarship. The funding gave her the opportunity to spend time in Zambia while studying, where she started an organization called Zamrize Project, empowering youth to be technology creators.

Joy has always been surrounded by technology. Her father is a professor of aided drug design and development, using design techniques to predict whether drugs will actually be effective on specific biomolecules in our body before being sold. Since Joy was just a child, he took her to his lab and showed her his projects. That’s where she encountered computers for the first time.

“He would show me what was going on in the computers and he started talking to me about chemistry, but I was more interested in what the computers were able to do,” Joy told SI News. “My interest in technology and science was faster from a really early age”.

After returning from Zambia, Joy was awarded the Rhodes scholarship which led her to Oxford University to continue her master level studies in Learning and Technology. While studying, she founded Code 4 Rights, promoting women’s rights through technology education which resulted in First Response App, focusing more specifically on addressing campus sexual assault.

Joy Buolamwini is just one of the many successful women in the tech field. The number could, and should, easily increase. But first, the working environment needs to be more welcoming and the topics dealt with should be more female-friendly to enhance their achievements in the sector instead of intimidating them.

As Joy says, without “full participation in creating the technology of the future, we are not going to be able to realize how good it could have been”. She suggests to SI News that women should be “taking time to work on something that is not in their comfort zone, to broaden our horizon and also to get on appreciating the work that other people do.”

Stockholm might be the ideal city to start a tech career as a woman. Joy admits to having attended many Women in Tech events, “but none was like this event in Stockholm – my first time here – so this has been really exciting”.