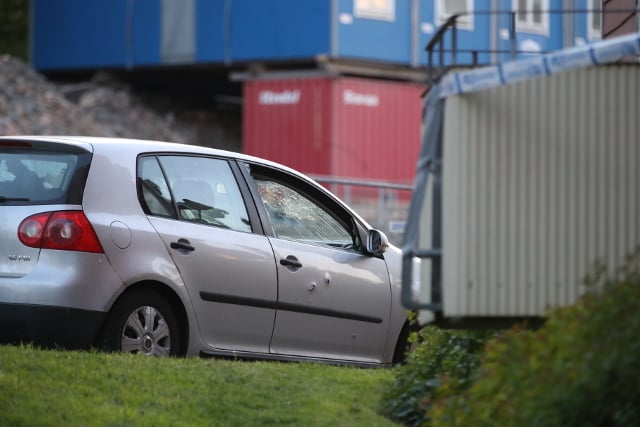 The car with bullet holes in Gothenburg. Photo: Adam Ihse/TT

Police were called out to the Guldheden area of central Gothenburg shortly after 8.30pm on Sunday. They found a man in his mid-30s dead inside a car with bullet holes through the door.

Witnesses told officers at least two people had left the scene in a blue car at the time of the shooting. They said the shooter had been masked and had used what appeared to be an automatic rifle.

The victim's family have been informed. Police have launched a murder investigation and said everything indicated that the shooting was gang related. No arrests had been made by Monday.

Another man was found with gunshot wounds in Mölndal south of Gothenburg late on Sunday.

He was taken to hospital but police were not immediately able to comment on his injuries.

Police said the two shootings did not appear to be linked.