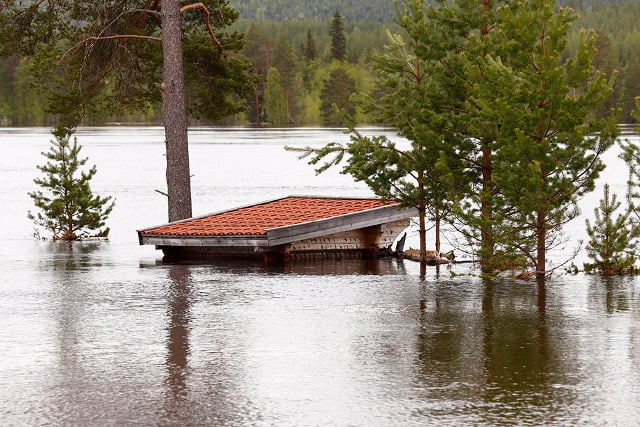 The water level in the Vindelälven river increased significantly due to melting snow. Photo: Grahame Soden

That is the case for the Vindelälven river in northern Sweden, where fast-melting snow caused the river to burst its banks and flood nearby buildings as the water level almost doubled. Photographer Grahame Soden, who captured dramatic images of the flood, described the river as a “raging torrent” for the last few days.

While many of the buildings affected are summer houses, at least one is a full-time home according to Soden, who has helped rehouse a displaced family until the water damage is resolved.

National forecaster SMHI currently has a class two weather warning in place (second on a scale from one to three) for “very high water levels” in the region, but says the level is dropping significantly. IN PICTURES: Click here to see more images of the flooding