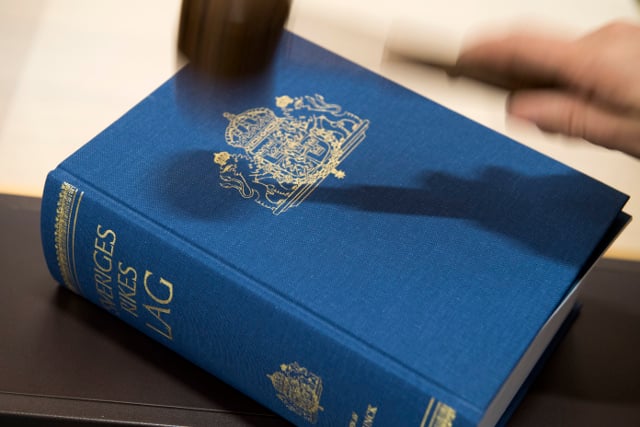 The new law entering into force on July 1st means that sex with someone who is not voluntarily participating is illegal. The participants need to agree in words or clearly demonstrate they want to engage in sexual activity, with passivity not considered a sign of voluntary participation.

Sweden's old law meant a decisive factor in order for rape convictions to happen was to prove that a perpetrator used force, threats, or took advantage of someone in a vulnerable situation. That will no longer be the case.

Along with the change to what the legislation hinges on, two new offences of “negligent rape” and “negligent sexual abuse” will be created, with both carrying a maximum prison sentence of four years. Abuse convictions will be able to cover more situations than today as a result.

In addition, the minimum penalty for aggravated rape and rape of a child is to be increased from four to five years' imprisonment, while protections will be enhanced concerning sexual offences against minors where the perpetrator acted with negligence over the child's age.

As a consequence it will be more difficult for an accused person to build a defence based on excessive emphasis on the child's physical development.

A number of charities have welcomed the new legislation, including Amnesty International, who said it was a victory for women's rights activists in Sweden.

“By refusing to stay silent, these activists have led the charge to end sexual violence, and politicians voting today should be guided by their courage,” Amnesty International's Women's Rights Researcher for Europe Anna Blus said.

Sweden's Council on Legislation was critical of the original proposal however, saying it was too unclear and difficult to know what the law would consider illegal.

The government clarified the legislation as a result, adding the line “when assessing if participation is voluntary or not, particular attention should be paid to whether willingness has been expressed through words, acts, or in another way” to the legislation.

5. Sweden is not a trailblazer in the area

While the approval of the legislation is undoubtedly big news, Sweden isn't a front-runner in the area and is actually the 10th country in Western Europe to recognize sex without consent as rape. England and Wales (one legal entity), Scotland, Northern Ireland, the Republic of Ireland, Belgium, Cyprus, Luxembourg, Iceland and Germany already have similar laws.

“Most European countries still define rape based on physical force, threat or coercion, and these outdated definitions have caused immeasurable harm. While there is still a great distance to travel, we are hopeful that today's decision will herald a Europe-wide shift in legislation in attitudes,” Amnesty's Blus noted on the Swedish change.

READ ALSO: Demonstrators call for Swedish government to do more to combat rape

The hope is that the changes will go beyond the law and impact society. On top of the legal shifts, Sweden's Crime Victim Compensation and Support Authority has been tasked with producing information and education campaigns on sexual offences targeted towards young people as well as the adults who interact with them.

“The responsibility of men and boys must be clarified,” and victims have to be aware of their rights and encouraged to report, the Swedish government insists.