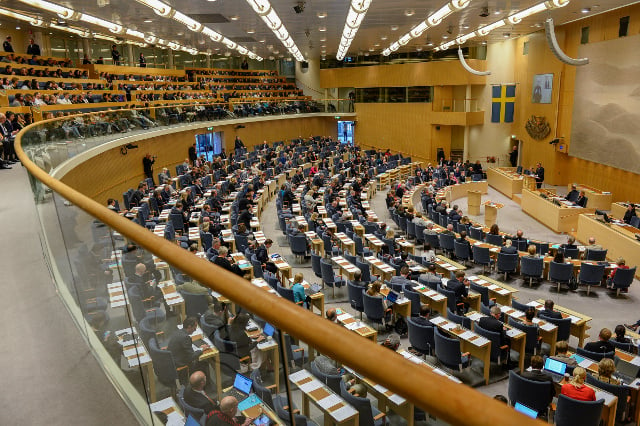 From July 1st having sex with someone without their explicit consent in Sweden will be illegal (the law will treat consent as possible either through words or clear actions). This means that unless the sex is fully voluntary, it will be considered a criminal act, whether or not violence or threats were used.

There will also no longer be a need to prove intent for some very serious sex crimes, which means an alleged offender could be convicted even if he or she did not actively intend to rape the victim.

“This is just one step out of many to reach the goal that each human being's sexuality is fully respected,” said Maria Arnholm, a member of the Liberal Party, in the parliamentary debate.

The punishment for aggravated rape and rape of a child will be increased from a minimum of five years in jail, as opposed to the current four years. Parliament also urged the government to put forward a proposal to increase the punishment for rape in general to three years' imprisonment.

The centre-left government had clarified some parts of the draft legislation after the Council on Legislation said that it was too unclear and difficult to know in advance what the new law considered illegal or not.

Rape cases are often a matter of one person's word against the other, making it difficult to prove what has happened as there are generally no witnesses. But the matter of what is considered evidence will not be changed by the new legislation.

The debate gained momentum a few years ago following several high-profile cases in which alleged rapists were freed on the basis that they had not knowingly acted against the other person's wishes.

Last year's #MeToo campaign may have brought the issue to its head, but the law change has been a long time coming, with Sweden's former centre-right government launching an inquiry in 2014 to find out why the country's relatively high rate of reported rape incidents does not lead to more convictions.

In 2015, 22 percent of all sexual crimes (including both more serious offences and comparatively less serious) processed by police or prosecutors led to a conviction in court or other kind of punishment.