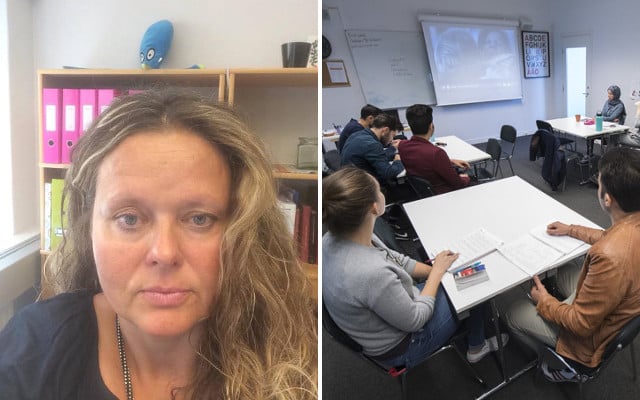 In an opinion piece published by Dagens Nyheter last week, Camilla Nilsson Wallin explained she had quit her Stockholm SFI teaching job after almost seven years working in the profession because of problems such as over-crowded classes, insufficient time to plan lessons and generally poor running of the courses by organizers, leaving her feeling like she was unable to provide the standard of education students had the right to.

Complaints to superiors were not taken seriously and the overall feeling she came away with was that the organizers were only interested in making financial gains and not improving the quality of teaching, she argued.

“I felt my criticisms to the head of the school were not being heard. A colleague and I wrote a letter containing a number of questions, which in general were saying that we want to work in a professional environment. Almost all teachers signed it. The answer we got were 'it's just like that' or 'it'll get better'. I felt like I couldn't have any influence on the students getting the education they needed and have the right to,” Nilsson Wallin told The Local.

“It's so unfair to these students, as the education laws state clearly that teaching should be equal and adapted to every student's conditions, need and knowledge. It's sad that the private organizers of SFI escape that.”

In her opinion piece the language instructor also complained that operators using a large amount of unqualified teachers meant additional strain on teachers with qualifications, who were being asked to pick up tasks the others were not capable of.

Sweden's free-at-the-point-of-service SFI classes are funded by municipalities but many of them have outsourced the operation of the courses to private companies. The municipalities retain the ultimate responsibility for ensuring the education complies with laws and standards however.

In a statement sent to The Local, the City of Stockholm (Stockholm municipality) said it regularly tries to improve the standards of SFI in the city.

“Our duty is to Stockholmers and not least the many newcomers who are studying SFI. We constantly develop our schools in the city and also constantly develop our following-up with contracted operators. The most important thing for the city is that Stockholmers receive a good education with competent and qualified teachers, and good opportunities for further study or work,” Arja Lindholm, spokesperson for the City of Stockholm labour administration, wrote.

Nilsson Wallin explained to The Local that in her time teaching SFI she had never encountered a student who did not want to learn Swedish, but rather, had encountered students who did not have the conditions in place to learn Swedish properly. The teacher criticized Swedish politicians for trying to single out foreigners as unwilling to learn the local language, referring for example to a recent Social Democrat promise to make it obligatory for immigrants to learn Swedish in order to claim benefits.

“I wish that politicians, the private operators of SFI and municipalities hiring private operators could see SFI as the investment it is. These people want to contribute to society. Their language learning is a long-term investment in society. Instead of politicians using public discontent at election time in order to boost their political positions – blaming newcomers and asylum seekers – it would be better if they could do something about the quality of education instead,” she insisted.

“The real problem is the form of teaching – and that the prerequisites for carrying out good teaching should be provided so the process goes faster. Not that newcomers and asylum seekers are lazy and just looking for benefits.”