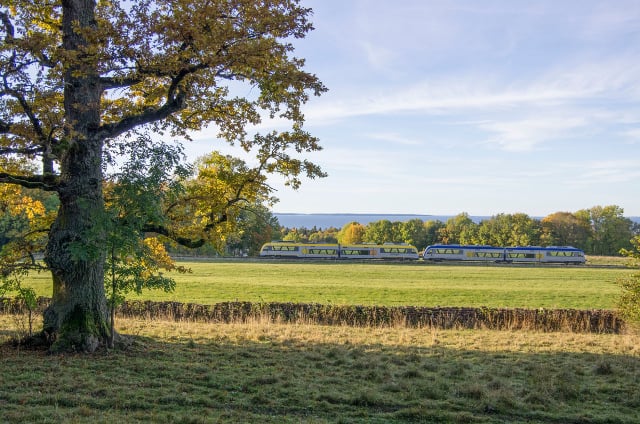 Swedish railway operator SJ ranked the most scenic train rides in Sweden, after a public vote.

Wild garlic grows near the tracks and elk and deer graze the surrounding fields.

Train driver Sofia Lundborg, who regularly drives the route, spoke fondly of the old-fashioned feel of the railway line, which is used by regional trains but not by the high-speed X2000 trains.

“You really travel through nature and not next to it or next to some road. It is also beautiful no matter the time of year, and the tracks are jointed. You get that rhythmic sound and that's probably different from the X2000, which I think adds to the experience,” she told the TT news agency.

FOR MEMBERS: The ultimate guide to exploring Stockholm's archipelago islands

In second place was the train journey from Kiruna through the Lapland mountains to Narvik in Norway. The route is dominated by freight trains carrying iron ore from northern Sweden's mines to the ports in Narvik and Luleå on the east coast, but passenger trains also use the line.

The Järvsö-Ånge stretch of the Northern Main Line came in third place. That journey takes you past several lakes against the backdrop of mountains, rolling hills and traditional regional farmhouses.

The most scenic train journeys in Sweden

What's your favourite train journey? Let us know in the comments.