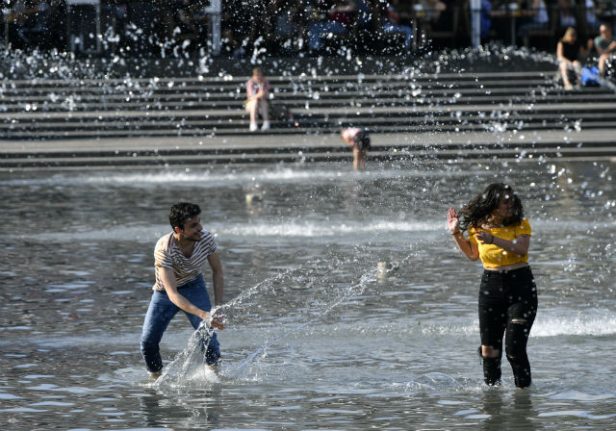 Swedes in the sunshine in Stockholm. Photo: Anders Wiklund/TT

Sweden's weather agency SMHI issued warnings on Wednesday for fire risks across almost the entirety of Sweden (see map below).

“The risk of forest and ground fires increase with the dry and sunny weather,” the agency wrote in its Wednesday bulletin.

It added that conditions were “extremely dry” in parts of Götaland and Svealand, while pointing out that even in Norrland there was risk of fires developing and spreading rapidly.

Grass fires could spread quickly with conditions remaining the same on Wednesday and Thursday in most parts of the country, it added.

The agency added that temperatures were likely to hover around 26C in Götaland and Värmland. This comes after the mercury exceeded 30C on Tuesday in Hudiksvall on the east coast in what is already the hottest May on record in some parts.

GALLERY: How do Stockholmers feel about the heatwave?

Meanwhile, barbecue bans are in place in several parts of the country, including Stockholm county (but don't worry: we have listed a number of permitted sites specially constructed for safe barbecuing in this article).