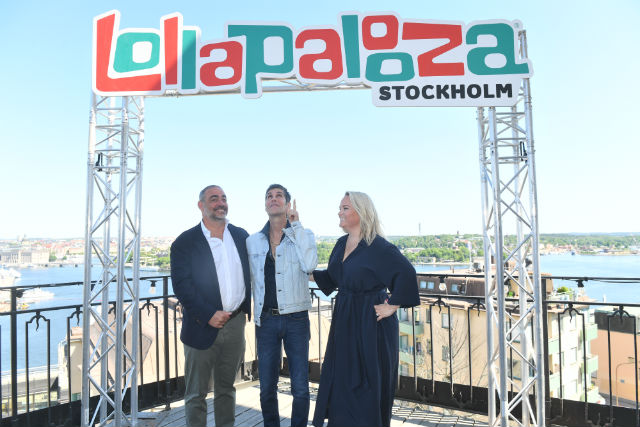 The founders of Lollapalooza with Anna Sjölund of Live Nation. Photo: Fredrik Sandberg/TT

It's time for a serious injection of rock and roll into the Swedish capital.

Yes, in late June 2019 Stockholm will play host to the world famous festival, which was created in the US back in 1991.

While the line-up remains unknown at this point, the festival will be held at Gärdet, reported Swedish news channel SVT.

Lollapalooza is held every year in the US and was started by Perry Farrell of Jane's Addiction. The festival had a six-year hiatus between '97 and '03, but has been back with a vengeance ever since.

And it has been expanding, opening in recent years in Paris, Berlin and South America.

The festival typically attracts huge names on the music scene, with the 2018 festival in Chicago headlined by the Arctic Monkeys, Bruno Mars, and The Weeknd.

Keep an eye on the official website here, though there's still no information about the Stockholm show just yet.

FOR MEMBERS: 10 Swedish festivals you shouldn't miss this summer