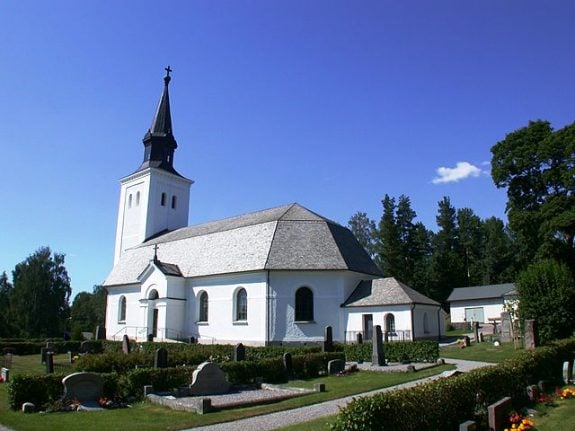 When it comes to Europe, Sweden is the country where you're least likely to find church-attending Christians.

Yes, just 9 percent of respondents to a European survey said they went to church, according to a new study by the Pew Research Center.

This was the same result as in Finland, with Denmark and Belgium just one percentage point behind.

At the other end of the spectrum, 40 percent of Italians surveyed said they were church-going Christians, with 35 percent in Portugal and 34 percent in Ireland.

Meanwhile, Sweden was also near the end of the spectrum when it came to those who ticked “religiously unaffiliated”, with 42 percent classifying themselves as such. Nearby was the Netherlands with 48 percent and 43 percent in Norway.

Ireland, Italy, and Portugal each responded with 15 percent saying they were religiously unaffiliated.

Though Sweden is generally a secular country, the Lutheran Swedish Church says it has around six million members in the nation of 10 million, but the number has been dropping year on year. Before 1996 children whose parents were members were automatically enrolled at birth.

READ ALSO: Why Swedes are leaving the Church in record numbers

A total of 52 percent of respondents told the Pew poll they consider themselves Christian, though most of them are non-practising.

Pew Research Centre noted that this was a trend across the 15 West European countries surveyed, with every country but Italy having more non-practising Christians than church-attending Christians.

The survey was carried out via telephone conversations with over 24,000 people in Europe.