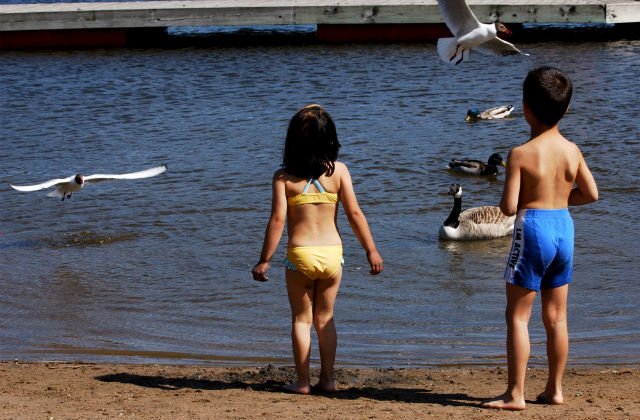 The flags are awarded each year for their environmental friendliness, with beaches, marinas and ports marked for their facilities which must be safe and water quality.

The blue flags in Sweden this year went to five beaches and ten small ports.

You can use an interactive world map here to see more of the beaches, or get a snapshot in the image below.

Sweden actually had more beaches and marinas awarded Blue Flags in recent years, but has switched its measurement system to one that is no longer in line with the EU's, meaning several beaches missed out even though their water quality was of an extremely high standard.

The Blue Flag is a voluntary eco-label awarded to over 4550 beaches and marinas in 45 countries across Europe, South Africa, Morocco, Tunisia, New Zealand, Brazil, Canada and the Caribbean.

The programme is owned and run by the independent non-profit organisation, Foundation for Environmental Education (FEE).

FOR MEMBERS: The top ten spots for a swim in Stockholm