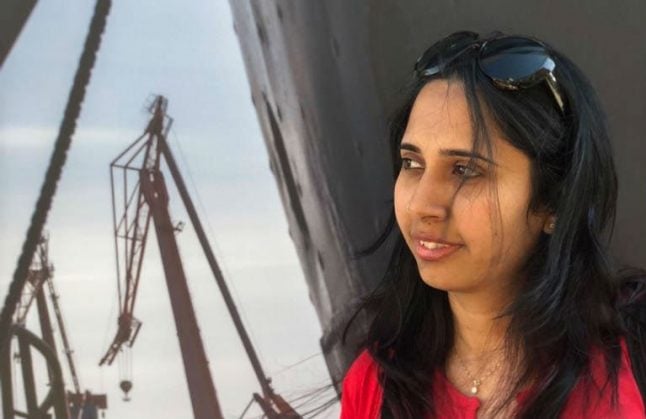 Vanitha Durai explains how she managed to get Indian women in Gothenburg to form a strong online community. Photo: Private

So what do you do when you arrive in a foreign city and find yourself convinced that you're not the only Indian housewife struggling to find something to do?

Well, if you're Vanitha Durai, you simply create the group that you want to join.

And so the Indian Women in Gothenburg community was born, an online group that has flourished and now  hosts all kinds of events for its community of hundreds.

“I felt the need for a small group to discuss the difficulties of moving here, things like not having a job, or what it's like to follow a spouse to Sweden,” she tells The Local.

“At first it was a kind of recreational thing, but then we started thinking how to expand it, and soon it became a place for people to find job-finding help, to have discussions, and to find things for their children.”

The group has since hosted events for Diwali Day, which marks the culmination of the week-long Hindu festival of lights, and summer camps for children.

Most recently, the group has hosted a flashmob event in a Gothenburg mall.

“The point of the flashmob was to celebrate the beauty of womanhood. Half of the women aren't trained dancers, it was more a matter of accepting who we all are and sharing positive vibes,” she says.

Finding work for herself was another challenge that the 34-year-old tackled, eventually landing a job in business management with Volvo Cars.

Now in her fifth year in Sweden, Durai admits that it's rarely an easy path when you're looking for a career in Sweden.

“Of course you have a barrier with the language, that's the main thing, and that isn't helped that there aren't many job opportunities,” she says.

“I think the main thing is you need to know a little bit of Swedish, enough to understand what's going on, then also enough to express yourself in a way that people can understand.”

But her main tip, she says, is to really make the most of any interview opportunities.

“The interview is the place where you can really prove yourself. You have to use that opportunity to the fullest to prove that you can really do even more than what's shown on your CV,” she says.

FOR MEMBERS: How to ace your Swedish job interview Of course, you have to adapt to life in Sweden too – which was an easy step for Durai, who originally hails form Chennai in southern India – some 7,500 kilometres from Gothenburg.

“The job culture is very welcoming here, but you have to get in – the entry part is the toughest step,” she says.

“But Sweden is a very good place to live and to bring up kids. The benefits are excellent and it's a safe environment for the family.”

Indeed, the value placed on family life in Sweden is one of the things Durai highlights about Sweden in general.

“I feel the quality of life is good, you get a lot of time with the family, evenings, weekends, there is no pressure – you have your vacation,” she says.

“And there's so much space. I was brought up in a very crowded city and it's not crowded or polluted here at all, in comparison,” she says.

She also recommends to embrace the Swedish culture.

“You have to embrace the fika culture,” she says, referring to Sweden's love for lengthy breaks for coffee and cake.

“And you must adapt, learn to make local friends, and be happy, truthful and confident. You don't need to act or be different, just be as you are.”

She adds that the differences between Swedes and Indians aren't actually that great.

“There is one misconception, people think that everyone is poor in India, but that's simply not true. Many people compare India with the Slumdog Millionaire movie, but that's not accurate. There are indeed extremes in India, on both sides, but there is actually a lot of opportunity and a growing economy.

Are you an Indian woman in Gothenburg? Here's the closed Facebook group. Or, see more from the flashmob dances and more upcoming events in this public Facebook group.

Find your dream job in Sweden via The Local Jobs.