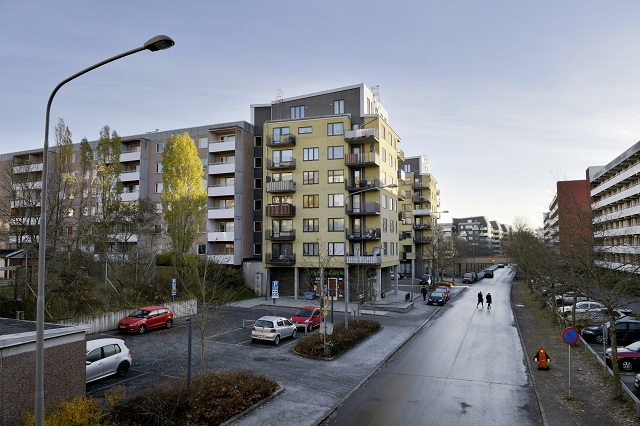 Police have opened an investigation into attempted murder and bodily harm.

“No one has been arrested currently, but there's intensive work going on and we're talking to witnesses,” said Åsa Wallentin, a police spokesperson.

Police received calls about a suspected shooting at around 00:30 am on Thursday, and when they arrived at the scene, close to Nydalsparken and Tensta allé, they found three people with gunshot wounds. Police haven't shared information about the severity of the injuries, other than to say that the injuries were all to the lower body, and that all three were conscious and responsive.

IN FIGURES: 2017's shootings in Sweden

One of the victims is believed to have been a passerby, and was standing on a bridge around 100 metres away from where shots were fired. He received a surface wound to the leg, and in his case the charge is of bodily harm rather than attempted murder.

The area was cordoned off overnight as police carried out examinations of the crime scene.

Figures from 2017 showed that there were 306 confirmed shooting incidents during the year, many of them connected to local gangs, resulting in 41 deaths and 135 instances of injury.

The incident on Thursday was at least the third instance of gun crime in Tensta so far in 2018. According to Expressen, two men were injured in separate shootings in the area in March and April.

As The Local has previously reported, official figures show that while deadly violence has decreased in Sweden compared to the 1990s, the number of gun deaths appears to be on the rise.

IN DEPTH: What it's like working on the front line in Stockholm's vulnerable suburbs