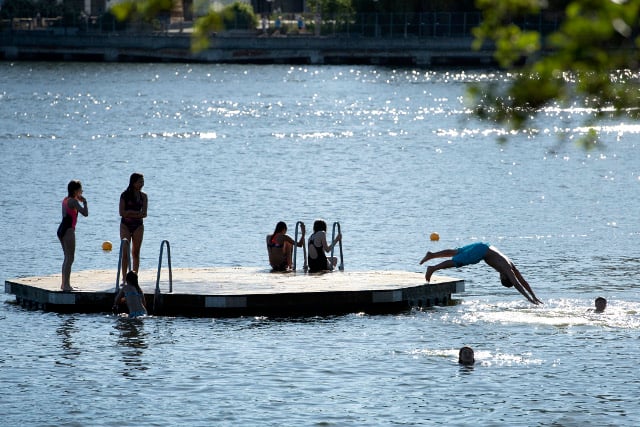 This year the Nordic nation enjoyed its warmest May on record, with weather usually reserved for the peak of the summer arriving early and temperatures over 30C in some parts of the country. Rain was also scarce.

With the days cooling down significantly at the start of June, Swedes could be forgiven for thinking that their summer weather had simply peaked too soon.

Temperatures in many areas of the country are now back above the 20C mark however, and some meteorologists predict that the trend will continue through the rest of the season.

Danish weather agency DMI's long-term forecast for the next three months predicts high-pressure to remain over southern Sweden throughout July and August, in which case those months would be warmer, drier and sunnier than usual.

“There's a high-pressure tendency when we look to the future post-Midsummer. There's a jet stream bouncing up from Newfoundland over Iceland and blocking low pressure,” DMI meteorologist Martin Lindberg told tabloid Expressen. Malmö in May. Photo: Johan Nilsson/TT

Fellow Scandinavian weather agency Storm largely agrees – though unfortunately the northern part of the country is looking at a bleaker prognosis (exemplified by the sudden snow which fell there earlier this week).

Even if a hot, dry summer will likely be welcomed by the increasing number of Swedes planning to take a staycation this year, there is serious cause to hope for rain. Wildfires have already been a problem in recent weeks, including one in Sala that has burned since Monday. Emergency services say the blaze is now under control.