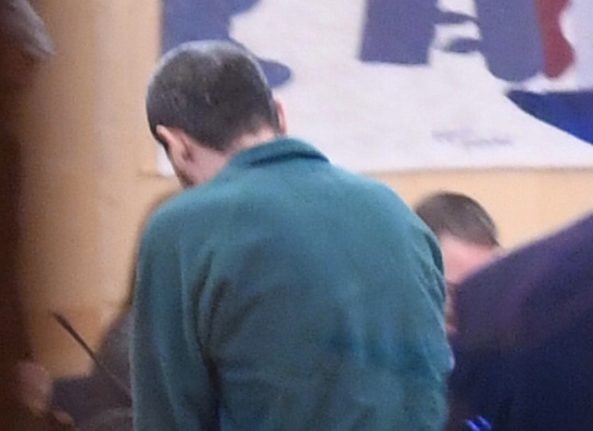 Stockholm District Court also found him guilty of 119 counts of attempted murder and 24 counts of endangering others. He will be deported from Sweden once his sentence is served and banned from returning.

Those who were subjected to attempted murder or endangerment of others will receive compensation, while the relatives of those killed have also been awarded damages.

Akilov stole a truck and ran down pedestrians on the city's busy Drottninggatan street on April 7th 2017, killing five and injuring ten more. Before doing so he swore allegiance to Isis, though the jihadist group never claimed responsibility for the attack.

READ MORE: All of The Local's coverage of the Stockholm terror trial

In February the attacker pleaded guilty to terrorism, and prosecutor Hans Ihrman had urged Stockholm’s District Court to jail him for life. Ihrman argued that his client was “a danger to society and will be so in the future as long as he has the same beliefs that he has today”, and called for him to be expelled from Sweden after serving his sentence.

The District Court agreed with Ihrman, labeling the attack “perhaps the most serious crime ever carried out in Sweden”.

There is “no doubt whatsoever that a life sentence is applicable” and “nor is there any doubt that he should be deported,” senior judge Ragnar Palmkvist said.

Akilov's “sympathies for Isis are not up for discussion, he has himself admitted that several times and it's also clear from material on his mobile telephone,” Palmkvist noted, adding that Akilov attempted to harm Sweden as a country by impacting its support for the US-led coalition against Isis.

Akilov expressed no remorse for this actions throughout the trial. The 40-year-old denied being guilty of 18 of the 124 counts of attempted murder he was accused of.

READ ALSO: Prosecutor calls for life in jail for Akilov

An average life term in Sweden is 16 years, while the longest term a person has served in the Nordic nation is 34 years.

The trial, which started in February was one of the biggest in Swedish history, involving 144 plaintiffs including victims, family members and others affected by the attack.

Akilov was accused of a total of 149 criminal acts for the April 7th attack and was judged to have committed all but one, where the court assessed that it was too difficult to say with certainty that the plaintiff was in the vicinity of the attack at the time it was carried out.