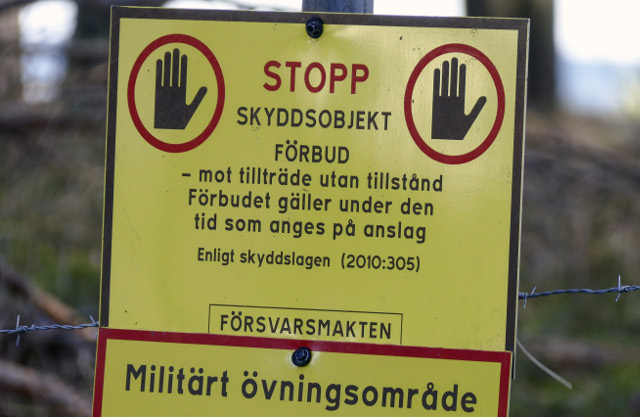 File photo of a no trespassing sign at a Swedish military area. Photo: Johan Nilsson/TT

Police were called to the scene just before 1am and arrested the five trespassers, who had sailed their boat into the restricted area used by the Gothenburg garrison on the Göta älv river.

The men, all aged between 40 and 60, are being detained on suspicion of breaching Sweden’s security law.

“They were not willing to cooperate and have chosen not to comment on why they were in the area,” police press spokesperson Thomas Fuxborg said to SVT, noting that the men refused to speak to them until they have their legal representatives in place.

“I can confirm that there has been a breach of the security law. But we won’t comment on it because the preliminary investigation is covered by confidentiality laws,” Swedish Armed Forces Gothenburg Garrison press spokesperson Ulrika Roos told The Local.