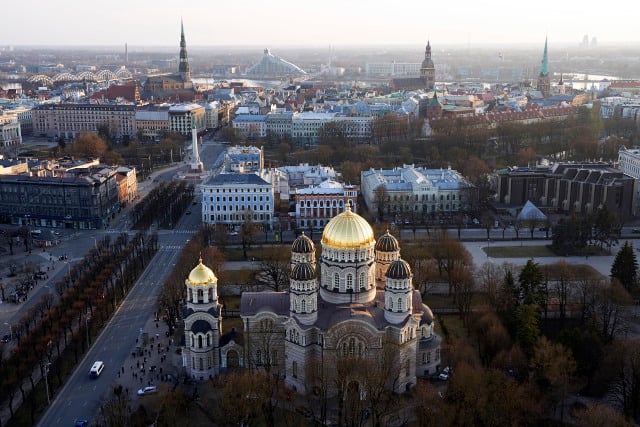 Sweden currently has no ice track of its own for bobsleigh, skeleton and luge competitions, while the facility in the central Latvian town of Sigulda has hosted European and World Championships for luge, as well as World Cup and Europa Cup competitions for bobsleigh and skeleton.

The track was built in 1986 and is just 50 kilometres (31 miles) from the capital Riga which has ferry links to Stockholm.

The Latvian and Swedish Olympic Committees, Sigulda municipality and the state-owned track operator company first signed a memorandum of cooperation in December 2017.

The Latvian government gave it a formal seal of approval with Tuesday's resolution.

The cooperation between Sweden and Latvia is made possible by the International Olympic Committee's Agenda-2020 that was drawn up as a template to avoid excessive overspending in the wake of the wasteful 2014 Winter Olympics in Sochi.

The Sigulda track is routinely used for luge, skeleton, women's and two-man bobsleigh teams. Four-man bobsleigh races are however currently held on other tracks throughout Europe.

The Latvian government has also commissioned a survey on the scale and type of renovations required should Stockholm win the 2026 bid, along with an action plan on how to help Sweden to win its bid.

Dainis Dukurs, skeleton coach and the director of Sigulda track, said Tuesday that he was confident the venue would be fit for Olympic competition by 2026.

“We already have plenty of experience with rebuilding and renovation works,” he told news agency LETA.