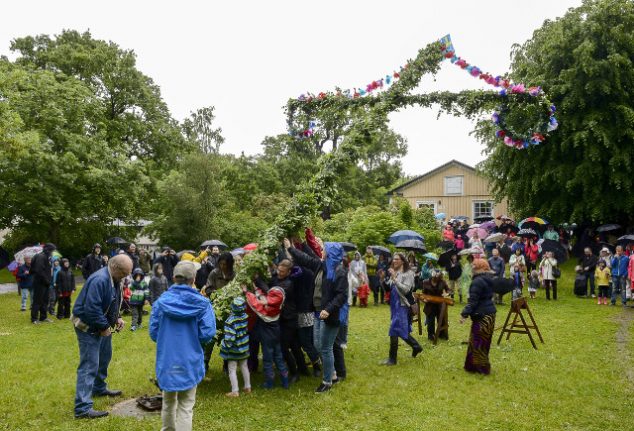 Areas of rain are set to move over Sweden next week, and depending on where your Midsummer celebrations happen to be, it could be a wet one.

“Several fronts of rain will move over Sweden next week, so the question is where they end up on Midsummer Eve,” Lovisa Andersson from national weather agency SMHI told news agency TT.

READ ALSO: Swedish Midsummer through the eyes of foreigners

Temperatures are expected to be lower than they have been since May and the start of June, though the south of the country could still enjoy the festivities in the sun.

In the meantime, much of southern Sweden is expected to see rain in the coming days, while more precipitation will move in a north-eastern direction and lead to a wet start to the weekend in northern Sweden.

“There's a somewhat unstable period ahead of us and the high pressure that dominated in May and June has definitely given way,” Andersson noted.