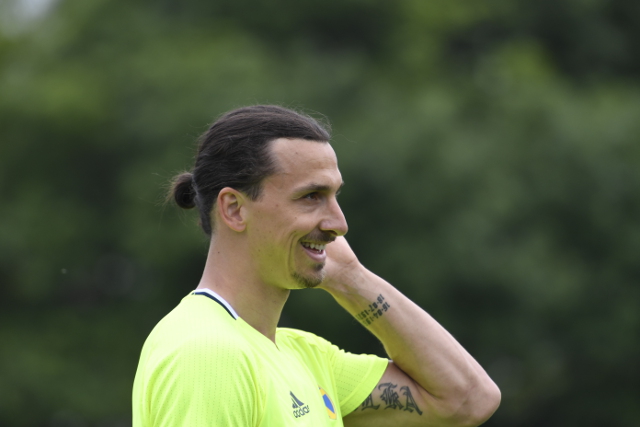 Asked by Fifa who his favourites to win the World Cup are, Ibrahimovic named a few of the obvious nations, before throwing a curve ball:

The fact that Sweden even qualified is something of a surprise, after the Nordic nation faced a qualifying group with heavyweights France and the Netherlands, then the uphill struggle of taking on Italy after making it to the playoffs.

The underdogs triumphed over Italy however, denying the Italians a place at the World Cup for the first time since 1958, and they will now take on South Korea, Mexico, and reigning world champions Germany in Group F.

READ ALSO: Italy fans to support 'anyone but Sweden' according to salty newspaper ad

Pushed on how far Sweden can realistically go, the country's all-time record goalscorer was optimistic.

“They beat some big nations to reach the World Cup, so let’s see. Everything is exciting and new. You never know what will happen. It’s all about the moment. Whoever is best in the moment is the one that will do well.”

The striker, who remains retired from international football after much speculation in the build-up to the tournament that he would change his mind, also praised Sweden's unique fans, saying they are his best memory from the two World Cups he appeared in.

“My favourite part was the fans, the atmosphere while playing the games. My shirt was yellow, and you see the same yellow in the stadium and see the happiness and the big party going on. We are spoiled as Sweden, with the support we have, so that was my favourite memory.”