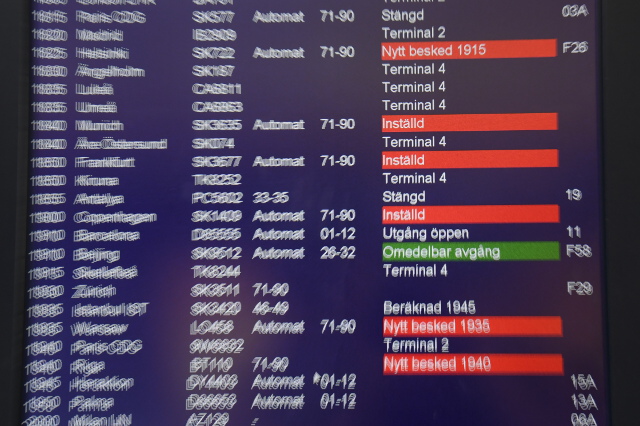 The premium trip, organized by Watch It Live, was supposed to take over 100 Swedes desperate to see their country at the World Cup for the first time since 2006 from Stockholm’s Arlanda airport to Nizhny Novgorod early on Monday morning.

The package, advertised as a “dream trip”, included a champagne breakfast, three-course dinner, transfer to and from the fan zone in Nizhny Novgorod, and most importantly, tickets to Sweden’s opening fixture of Group F against South Korea.

But at 06:39 – less than half an hour before the flight was due to take off from Arlanda – the supporters were left heartbroken as they were told that the flight had been cancelled as there was no crew in place to operate it. With Sweden’s match due to kick off at 14:00 Swedish time today, it is too late to organize alternative transport, and the supporters will have to watch it at home instead.

“We first and foremost regret today’s cancelled flight and match experience. We have requested full documentation from the airline over what happened to our flight,” Watch It Live CEO Elie Komo said in a statement.

“We want to note that all travellers will be offered full compensation. We will also over the course of today get in contact with all World Cup travellers about possible alternatives for seeing the remaining Sweden matches at the World Cup or other events.”

Even if they are compensated, there will be little that can console some of the supporters denied the chance to see Sweden play their first World Cup game in 12 years. “There were a lot of people crying,” one fan told Aftonbladet TV.

READ ALSO: The best places to watch the World Cup in Sweden