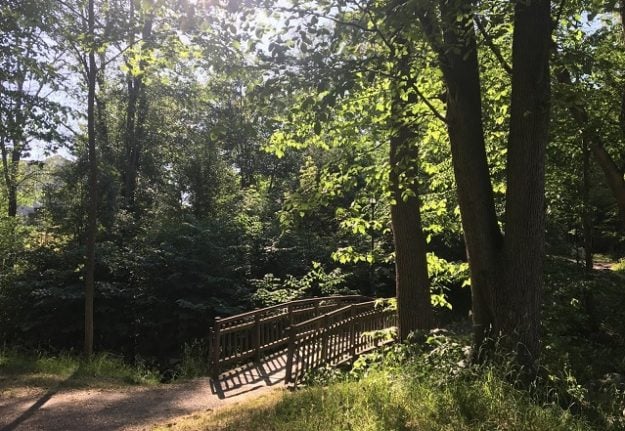 A path through the woods. Photo: Catherine Edwards

Årstaskogen, a large wooded area, and the Årsta Holmar islands make up the new nature reserve, which lies where Lake Malären meets the Baltic Sea and was described by the city council as “unique in the city”.

The forest itself provides paths for walking, running, and cycling, as well as swimming spots in Årstaviken. The three islands were hailed by councillors as “a central part of the city's core ecological area”. Reachable only by boat, they are home to a rich variety of wild vegetation and several protected species.

The decision to make the area a nature reserve was made by Stockholm's city council back in January, after years of debate over the future of the forest. One of the walking paths through the forest. Photo: Catherine Edwards

“The connection between these natural areas and the districts to the west, east and south are important for the spread of plants and wildlife, but also for people who are able to relax and exercise in a large area of green surroundings,” said the city in its justification for the decision.

As well as the area's ecological value, authorities also highlighted its cultural historical importance, for example Dianelunds koloniträdgård — a large area of allotment gardens and traditional cottages — and the 18th-century Årsta gård, a former manor house and farm now home to a non-profit foundation. On June 17th, the nature reserve was officially inaugurated, with two tours showing off what the area has to offer: one for families and children, including pony rides, and one highlighting the most peaceful areas of the woodland.

The inauguration came almost a month after the city voted to create another new nature reserve, in Rågsved southeast of the city centre, which will bring the total number of nature reserves in Stockholm to 11.

READ ALSO: 'Årsta isn't a part of the city tourists tend to explore'