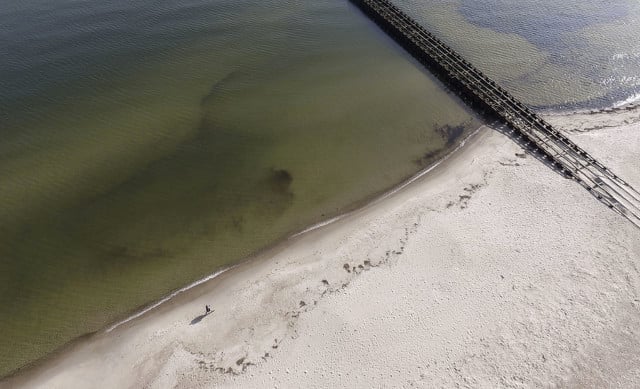 “This is an increasingly serious issue,” Lena Sommestad from the local government in Halland told news agency TT.

In northern Sweden rising sea levels are being offset because the process of land increase following the last glacial period is still ongoing. But the south is not so lucky, and erosion is already a major problem in the area.

“Erosion has long been a major problem for Skåne (just south of Halland), and we can see how it is eating its way along the coast,” Sommestad warned.

“Here in Halland, just like in Skåne, we have a tourism industry for example that's very important. If the beaches are rinsed away, that will also rinse away important value from our tourism.”

County councils in Skåne and Halland have now launched a regional coastal partnership, and have also brought in several other authorities to get involved. Among other things they want parts of Skåne and Halland to be named as areas at high risk.

“It's not the case that every coast section in Skåne and Halland are vulnerable. But we are saying that there are certain parts that should be treated as risk areas and where it would also be reasonable to provide some financial support,” Sommestad explained.

“There is cause for the state to take greater responsibility.”