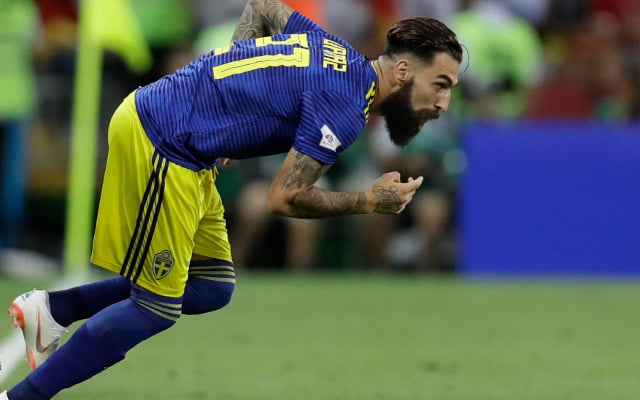 “It’s a minority that behaves like this, but as the minority grows smaller, which I think it is, it becomes louder,” said historian and writer Lindén, who has previously written for The Local about his own experiences of racism in Sweden.

Midsummer is one of the highlights of the Swedish calendar, but this year it ended with a cloud over it for two reasons. First, Sweden lost their World Cup match against Germany to a free kick goal in stoppage time. But worse was the reaction to the loss, as Jimmy Durmaz whose foul caused the set-piece was targeted with online racial abuse.

Durmaz, who was born in Sweden to Assyrian parents, made a powerful statement on Sunday surrounded by his team, in which he asserted his Swedishness and called for a stop to the hateful comments.

“I am Swedish and am proud to play for Sweden. I will never let any racists destroy that pride. We must disregard all forms of racism,” he said.

The barrage of comments left on Durmaz's Instagram account prompted headlines across Sweden and the world, with his teammate Sebastian Larsson saying he was “ashamed of Sweden”.

Centre Party leader Annie Lööf wrote on Instagram that “we need to take Sweden back from the racists and the haters” as a response to the abuse.

“Sweden has become much more tolerant in the last 30 to 40 years; we're more used to people who don't look like Pippi Longstocking or a Viking,” Lindén noted, pointing out that the huge response to the comments is a positive sign, showing progress from earlier decades when bigoted attitudes might be ignored or brushed aside.

“When people are racist today, it’s more visible and people get angry. And it’s a great development that people get angry. This is very different from the early 1990s,” he added, pointing out that while the neo-Nazi group NRM typically only draws a few dozen people to its rallies, counter-demonstrations usually have far larger crowds.

However, the historian said he had also noted that the focus on immigration and integration in political debate meant that those with prejudices have become better known. Coupled with social media, this means racist attitudes are much more visible.

“You can have prejudices and be very tolerant most of the time towards people of colour, and it's only when they do something you don't like that race comes into it,” the historian explained. “When he [Jimmy Durmaz] took us to the World Cup, he was great, he was this hero Swede, but now when he makes a mistake suddenly he’s the ‘other’; people say ‘he should go home’, blah blah blah.”

“In my own environment as an editorial writer, when people like me, it’s great, but if they don’t like me, they often point out that I have another skin colour.”

Lindén also argued that immigrants or those born in Sweden to immigrant parents are often treated differently to native Swedes, even when that treatment is positive.

“We sometimes think about 'good immigrants'. People say ‘we love Asians, you’re hard-workers, but we don’t like Arabs’. People don’t judge immigrants the same way they judge other Swedes, even when they're positive about immigration,” he said. “You have to start to show that people who have another skin colour or hair colour should be judged by the same standards as Swedes.”