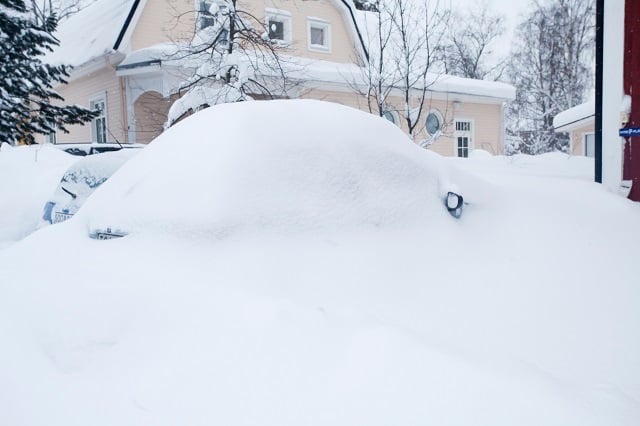 The summer season has got off to a pleasant, warm start in Luleå, but there's still a large amount of stubborn snow in the northern city that has yet to melt.

Each year during winter, snow is moved away from central areas to make it easier to get around the town, and tonnes of the white stuff are collected in one spot in Porsön, a largely residential area north of the city centre.

But in 2017 and early 2018, there was such heavy snow that the resulting heap is around three times as large as in previous years, according to reports in local media. Snowfall reached 93 centimetres, and the snow heap itself measured 38 metres tall when it first began to melt.

Now authorities are faced with the question of how to make sure it all melts away before the new winter season sets in.

Ordinarily, the municipality only needs to intervene once over the summer, using machines to break up the snow and help it melt faster, but this year more resources will be needed.

“It's a bit of a dilemma. To try to get rid of the whole thing, it won't work. It would require an excavator working there over the whole summer, and there's no budget for that,” a representative from the municipality told SVT.

Instead, the authorities are hoping that nature will do the job, with sunshine, wind and rain allowing the snow pile to melt — heat alone isn't enough, so wet, windy weather is essential.

If that doesn't happen, they'll be faced with the question of finding somewhere new to move snow to over the coming winter.