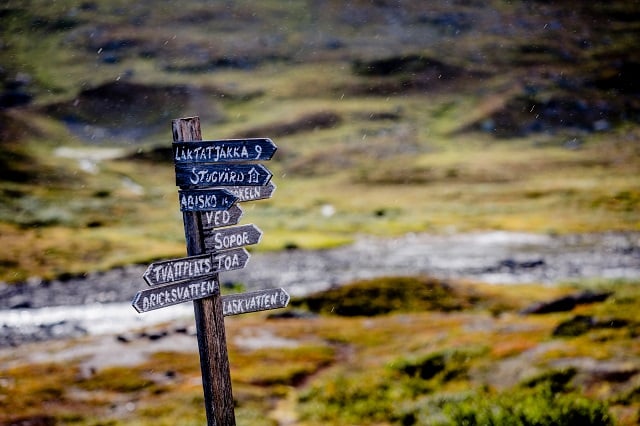 My girlfriend, Donna, and I have lived in northern Sweden for exactly six years. We’re both former UK national newspaper journalists and, after an accident in which Donna nearly died, we suddenly decided we’d had enough of the coagulated, frenzied tumult of London life.

We were sick of working 12-hour days for newspapers that, even back then, were slashing staff levels and exhorting those remaining to work ever harder and ever longer hours. We also wanted kids, and our mad lives in London were not conducive to having children.

Moving to Sweden was a happy accident. We had no ties, no connection to the country.

On a road trip here in 2011, we witnessed the Aurora Borealis in Lapland and idly wondered what a lovely place this would be to live. A quick double check of property prices (there really wasn’t a zero missing off the end) and the seed had been planted. We were here within nine months.

A year later my girlfriend had twin girls, our first children. The four of us now live in a tiny village in a lovely house with land running down to a lake. I work from home and occasionally a co-working space in our local town, while Donna is a professional photographer and Zumba teacher.

The last place we lived in London was a flat so central that the shouting and singing from night buses would keep us awake. Now, we can tell which neighbour’s car is passing our house on the dirt track from the tone of the engine. Our girls play on a trampoline with a view of the huge lake. They can wander around our part of the village and we know they’re safe.

It’s a slice of paradise and no mistake, but adapting to life here hasn’t always been easy.

There have been five main challenges, but none of them insurmountable.

1. Integrating into the close-knit local community

As we live in the north, integration has probably not been as tough as it would be for southerners. The northern Swedes are  warm, generous people. Villagers visit often to have coffee, share cakes and offer gifts for young ones. It really is like The Waltons TV series but with less God and more home-baked goodies. The only shock was – and still is – that nobody ever knocks. They just walk straight in!

But, threaded through this friendliness and neighbourliness, is a thick strand of conformity. If you want to truly fit in, you need to mow your lawn, help keep the village shipshape, and generally not rock the boat. There’s a real sense of civic duty and togetherness here which in much of the UK seems to have disappeared.

READ ALSO: Snow in June? The heatwave is truly over for this town in northern Sweden

My problem is that I am not, by nature, a joiner. I am uneasy at social events, intensely dislike small talk and detest gardening and DIY. I’m either working, chatting with my girls, reading, or watching football.

Luckily, Donna is a much more social animal. She’s set up Zumba classes for locals and she gets fully involved in the community. Us having the first children in the village for 30-odd years has also proven to be an ice-breaker. For me the toughest challenge has been the language. I am to language learning as a rhino is to embroidery; I have neither the tools nor patience to succeed at the task. In the early days, local people to whom I spoke Swedish were very fussy – they constantly corrected me. This rather knocked the wind out of my sails.

I’m fine when it comes to reading and translating the language. But speaking it? No way.

I know I should try harder – and some of the locals have totally lost patience with me for not speaking Swedish – but there just isn’t enough time in the day. And I’ve found I can work without speaking Swedish.

Donna, meanwhile, through her Zumba, photography, and local work, has a much better grasp of spoken Swedish. So I get her to do all the talking – which is perfect when you’re a social wallflower like me.

I have a portable occupation. As a writer, if I have a decent broadband connection I can work anywhere. I had a job with a UK company when I first moved to Sweden, which smoothed the way with Migrationsverket. However, I was eager to work locally and, with a little bit of effort on LinkedIn, finally ended up working for two local companies, helping them with their English communications. I now work for several local organizations and a couple of UK companies.

I prefer to freelance though. Even in the UK, I was never a fan of office work and although office life in Sweden seems less bitchy and hierarchical, it’s still, you know, office life.

This was not a problem for me. My mum and dad, both since deceased, lived in Ireland and I had sisters in Malta and Dorset, several hours from London. We were a far-flung family anyway. Travel and change was in our DNA.

But for Donna it was hard, especially when she gave birth to the twins. Hers is a close-knit family, geographically. Donna wanted to be back in England with her family. She needed her mum and wanted to share experiences with her two younger sisters who had already had children. She was in Sweden with no friends or family. She had nowhere and nobody to turn to.

But then her family visited. And they loved Sweden so much so that her younger sister even moved here with her family. Now she has more immediate family in Sweden than she does in the UK. While this might not be the solution for everyone, you can usually bet that after visiting just once, relatives will be keen to book return trips — and if not, there's always video-calling.

We both found this hard. In the UK we were very active, both working at big newspapers, used to a fast-paced life where things just got done. My only way of explaining to my local friends the difference between manic London and snoozy Sweden is to ask them to imagine Usain Bolt hurtling past them on a running track while they try to sprint through treacle. There is, shall we say, a more relaxed and less enthusiastic attitude to working practices in Sweden than in the UK.

This even extends to matters of finance. Two of my friends had substantial work done to their house five years ago and have never received a bill. Another hasn’t paid his car mechanic for a year. He’s had work done but no invoices have been sent.

I’ll be honest – this lassitude still infuriates me sometimes. But I’m getting used to it and I can now appreciate that it’s all part of the whole. People aren't in thrall to their careers and they spend more time with their families. It is an admirable way to live. Sweden is more serene and less frantic.

And we are learning, slowly, to embrace the calm. 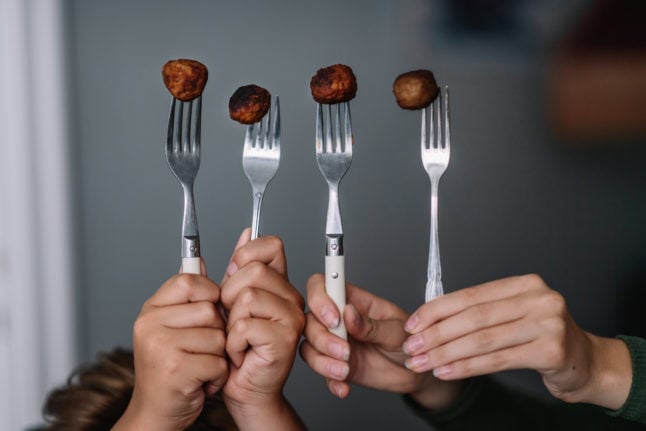 LIVING IN SWEDEN
Are these the 50 most ‘Swedish’ things in existence? (part two)
Url copied to clipboard!