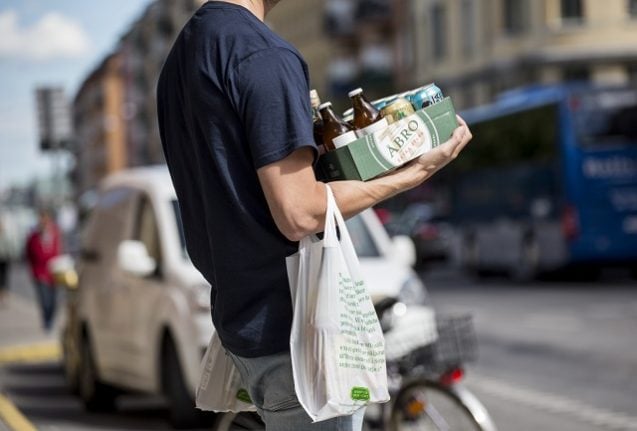 The monopoly means that drinks with over 3.5 percent alcohol content can only be sold by Systembolaget, and only during specific times: the stores are closed on Sundays and bank holidays as well as after 7pm on weekdays and 3pm on Saturdays.

Currently, residents of ten of Sweden's 21 municipalities have the option of ordering order home delivery of alcohol via Systembolaget. This applies in Askim, Borås, Brämhult, Göteborg, Mölndal, Uppsala, Skåne, Stockholm, Västerbotten and Västernorrland.

OPINION: Systembolaget's image is based on a bluff

But the government has now called to extend the home deliveries to the entire country in a proposal which has been referred to the Council on Legislation for consideration. If passed, people living far away from the stores would no longer have to make long journeys, and could also order from a wider range of drinks than those available in the smaller stores.

“We live in a long country, with very varied distance to public services. I think this could make things easier for [those living in] the countryside,” the minister added.

If approved by Sweden's Council on Legislation, the nationwide home alcohol deliveries could become a reality on April 1st, 2019.

But shoppers hoping the move is a step towards relaxation of the county's alcohol legislation may be disappointed, since the government statement also highlighted its desire to “protect the restrictive alcohol policy”.

Systembolaget is tasked with not promoting increased alcohol consumption as well as enforcing the country's age limit for buying alcohol. In addition to limited opening hours, the store cannot offer promotions on alcoholic drinks and cannot sell drinks in multipacks apart from a very few exceptions.

It has existed since 1955 and is one of the world's biggest single buyers of wine and spirits.