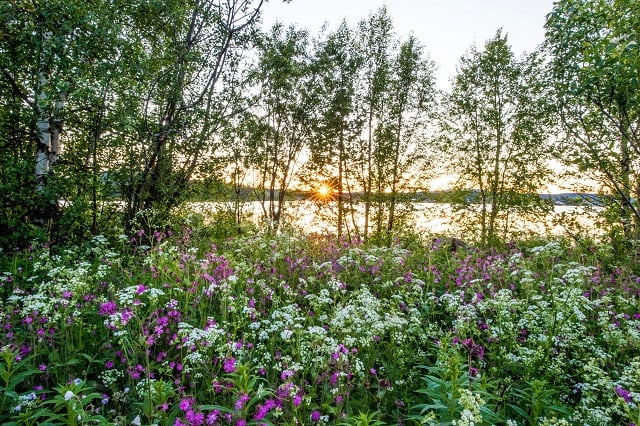 Northern Sweden is a paradise waiting to be discovered, for reasons you might not have ever suspected. Photo: Asaf Kliger/imagebank.sweden.se

For many southern Swedes, the Swedish map beyond Gävle should be marked with the words, ‘Here be dragons’. Southerners just don’t get the north. They think it’s full of grumpy six-fingered trolls and eagle-sized mosquitos fighting in eternal darkness. As for people outside Sweden, most of them don’t even know Norrland exists.

I know from the reactions of my own family and friends that if non-Swedes think of northern Sweden at all, they think of polar bears on ice floes and reindeer playing ice hockey. In eternal darkness.

But northern Sweden is one of the last few hidden secrets of northern Europe and one of the least understood regions in the entire world.

What’s so great about Norrland? Let me tell you.

We’ll start with debunking the thing that most southerners just get plain wrong: northern winters are not miserable. They are usually bright, snowy and dry. The perfect winter temperature is around -10C, and most years we don’t have any rain from December through to April or May.

No rain – imagine that. I’ll say that again for any fellow British folk reading this: no rain. We get less precipitation than Miami, Istanbul, Madrid and Sydney.  It’s not even that much darker than Stockholm up here in the depths of winter, and the presence of snow makes it seem a good deal lighter. And by the end of February the days are significantly brighter and sunnier than down south. A stunning display of the Northern Lights. Photo: Asaf Kliger/imagebank.sweden.se

What’s more, the winter landscape in the north is regularly illuminated by displays of the Aurora Borealis. The summers up here with the midnight sun are, of course, spectacular too. Periods of summer heat in the 22-28C range are not unheard of.

And we have countless lakes, as well as fantastic beaches, such as Byske and Piteå Havsbad, on which to enjoy the heat — without the crowds that swarm to the southern beaches as soon as the mercury tops 20C.

When we first considered moving here from London, seven years ago, we checked property sites such as Blocket and Hemnet. At first we assumed that some strange Swedish pricing convention meant that a zero was missing from the price.

Surely, we thought, everything in Sweden was expensive? But no, there really were houses for sale for the equivalent of £10,000 (roughly 117,000 kronor by today's exchange rates, or $13,200). Our house, on three acres overlooking a lake (with 100 metres of lake frontage) cost us less than £30,000 (roughly 350,000 kronor today). Granted, it needed substantial work when we moved in, but it was perfectly habitable  — and had superfast fibre optic broadband already installed. Properties in the north often come with large swathes of land to call your own. Photo: Helena Wahlman/imagebank.sweden.se

The trouble is, such low prices sometimes means people move here just for the low property prices. And then expect everything else to fall into place. This doesn’t always work out.

Northern Sweden has that elusive blend of cheap property prices and high quality public services, something which is always reassuring when in an unfamiliar country.

Take the health system, for instance. When Donna was seven months pregnant with our twin daughters a few years ago, she suffered sudden complications and I had to rush her to hospital. We were taken straight to the maternity ward, offered a choice of private rooms and told to relax.

And 24 hours later, I was holding Caitlin and Leila, two stupendously bonny baby girls. It was, quite simply, amazing.
We were then allowed to stay in hospital or another four weeks, while the girls grew to a decent size. Our treatment was extraordinarily good.

I’ve since endured knee replacement surgery and have been similarly impressed. The staff here were born to be in healthcare. They're compassionate, caring, knowledgeable and, generally, good company. Their people skills are first rate. We live on a lake. In the summer our two girls can paddle and swim in the shallows. My girlfriend can indulge her love of open water swimming and swim out a kilometre or so to an island. We have access to all the usual summer pursuits.

In winter, it’s even better with snowmobiling, snowshoeing, dog-sledding, nordic and alpine skiing and ice-fishing all either right on our doorstep or within a 15-minute drive.

Down south, they probably have umbrella-opening championships from October to May.

Dog-sledding is an unforgettable experience, and could be a regular feature of your winter lifestyle in northern Sweden. Photo: Anna Öhlund/imagebank.sweden.se

Thanks to the development of cloud computing, more people are taking advantage of living and working in the countryside, away from the stress and hassle of the big cities (and, as already noted, with much more affordable housing). They're not bound by geography. This piece, for example, is being written in a big old farmhouse, overlooking a lake, that cost a tenth of a one-room flat in Stockholm.

Furthermore, northern Sweden is not just a rural wilderness. We have cities up here, such as Skellefteå and Umeå, that are bright, busy startup hubs. Umeå university is a big research institution. World class companies, such as North Kingdom, NUITEQ and Hello Future, operate from here. Local projects such as North Sweden Cleantech are intent on spreading local green energy expertise to the global market.

Finally, Northvolt is building Europe's largest lithium-ion battery factory near Skellefteå.  This will bring 3,000 jobs or more, and the local authority has just recruited several UK teachers for local schools. It really is a great place to live. 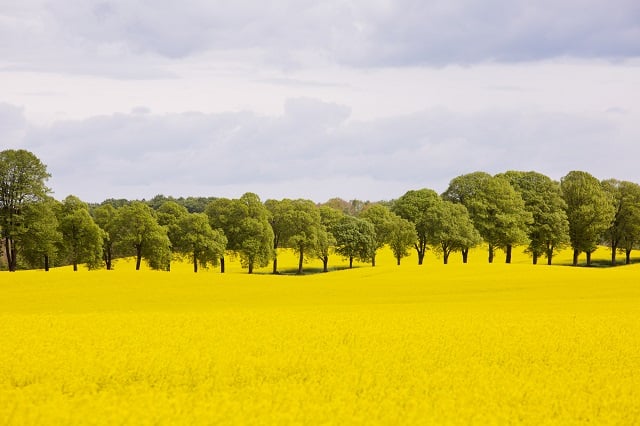 Skåne is home to the country's third biggest city, Malmö, as well as university town Lund and plenty more towns and villages.

Many of its towns are commuting distance from Copenhagen, while charming Ystad is the setting of the hit crime series Wallander, and the coast can boast beaches that rival the Riviera on a good day.

We want to know, and we're asking our readers living all over Skåne to share their experiences and tips in the form below for a series of upcoming articles exploring the region.

Most of the questions are non-compulsory so you can skip any that aren't relevant to you, but if you have specific examples to add to your answer, please give as much detail as you like.