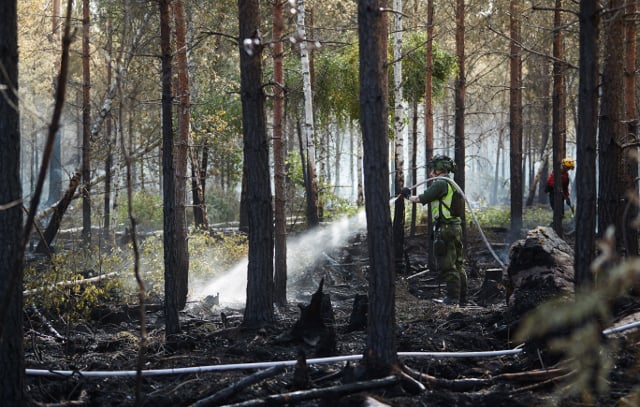 National weather agency SMHI currently has wildfire warnings in place in all of Sweden apart from in the mountains in the north-west, and the long heatwave is expected to continue for the foreseeable future.

“The weather will be what it is now for the next ten days. That is around 25C in most of the country,” SMHI meteorologist Therese Gadd told Swedish news agency TT.

More than 2,000 calls came in to emergency services during the month of June alone about wildfires and the public is urged to respect any barbecue bans in place in their local area.

This weekend could see some showers. Stockholm is set for 27C, but also two millimetres of rain on Saturday, and rain is also expected in Kiruna in northern Sweden on both weekend days.

But the light precipitation will not affect the drought causing problems across the country. A much more sustained period of rain would be required – and sorely needed – to improve the situation.

Sweden has asked for emergency support from the EU to help farmers who are struggling to feed their animals, and have warned that they may have to carry out emergency slaughter of livestock.