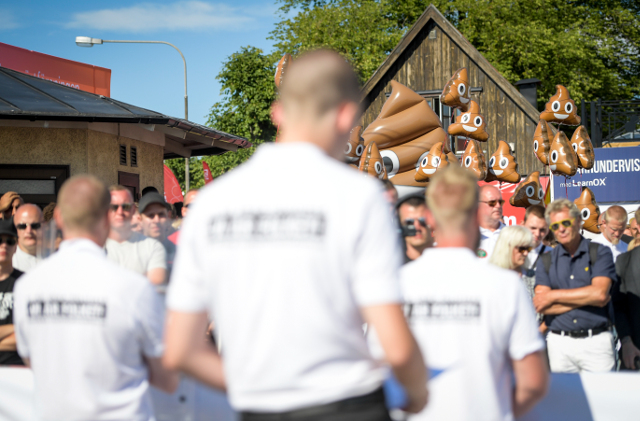 Neo-Nazi disturbances at in particular this year's Almedalen political festival in Sweden sparked criticism against among others police for not doing enough to crack down on such groups. Police in turn said that the right to freedom of speech enshrined in Swedish law prevented them from doing much more.

In light of this, Sweden's Social Democrat-Green coalition government is now mulling boosting legislation to ban what Justice Minister Morgan Johansson described as “racist and Nazi” groups in an interview with Swedish radio on Friday.

“These organizations restrict people's opportunities to participate in our democracy – such as young LGBTQ activists who were unable to go to Almedalen and talk about their reality, and they break down local democracy and scare people from getting involved in a couple of Swedish municipalities where they have established themselves. We then have to see if we can do what they did in Finland and limit these organizations,” Gustav Fridolin of the Green Party told news agency TT.

Such a ban would apply to organizations that persecute people based on things like ethnicity.

“It's not about manifestos in general, but about organizations that are actively involved in persecuting people and exploit their rights to limit the rights of others, as the Nordic Resistance Movement very deliberately does when it seeks to organize meetings right next to RFSL (Sweden's biggest organization for gay rights) and a synagogue,” said Fridolin.

The idea is still at an early stage and is expected to be subject to a cross-party inquiry before going before parliament. Several other parties in Sweden, including the extreme nationalist Sweden Democrats whose leader has spoken in favour of a ban, have previously suggested tighter legislation targeted at hate groups.

“We have not had this type of legislation before in Sweden. Other countries have, but not Sweden. We think enough is enough when it comes to this kind of activities. They now, I think, constitute a serious threat to individuals, so we need stronger measures to stop it,” Johansson told Swedish radio.