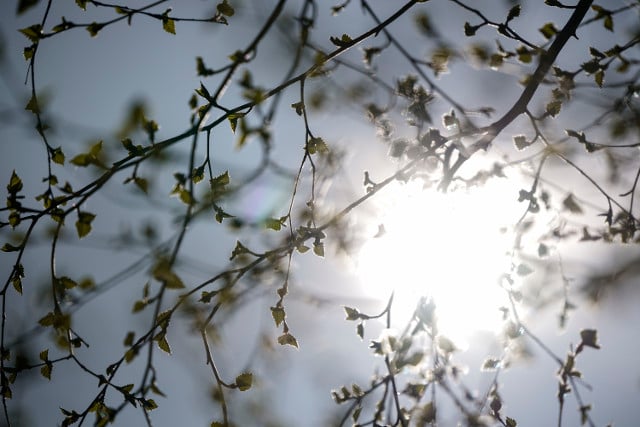 It has been unusually warm in Sweden. Photo: Johan Nilsson/TT

The mercury hit 34.4C in Uppsala just north of capital Stockholm as the unusually warm Swedish summer shows no sign of letting up.

“It has been even warmer in the past but it was a while ago,” Sofia Söderberg from weather agency SMHI told newswire TT.

SMHI recently issued a class-two alert for “extremely high temperatures” (their most serious temperature warning) in Uppsala and several other Swedish counties including Stockholm, Örebro, Västmanland and Södermanland.

READ ALSO: Sweden sees rise in number of drownings in connection with heatwave

It has since added class-one alerts for “very high temperatures” in nearby Östergötland and Gotland, as well as Dalarna, Gävleborg and even Västernorrland in the north.

Temperatures of up to 30C are expected in all of the aforementioned counties on Tuesday, and it’s not only the daytime that has been unusually warm. Some parts of Sweden between Monday and Tuesday reached the threshold required for nights to be classed as “tropical” – defined as nights where the temperature does not dip below 20C.

“Above all it's coastal stations that could have registered tropical nights, and have had some earlier in the year too. Inland I don’t think it happened last night though,” Söderberg explained.

The heatwave gripping Sweden has created a mountain of work for the country’s firefighters, who have been battling wildfires for much of the summer, and now require the assistance of helicopters from Norway and planes from Italy to water bomb problem areas.