World Heritage Sites are special areas that must maintain outstanding universal value and peg at least one out of ten criteria selected by The World Heritage Committee. The criteria range from representing a masterpiece made of human creative genius to containing the most important natural habitats for the conservation of biological diversity, which includes endangered species.

This cemetery, initiated into the World's Heritage List in 1994, was created in 1917 by Gunnar Asplund and Sigurd Lewerentz about eight kilometers from Stockholm city centre in Enskede.

The burial site blends nature and architecture together to form a harmonious whole while expressing the character of Swedish architecture both before and after World War II.

As an early 20th century cemetery, it takes advantage of irregularities in the site to create an area that is adapted well to its environment. There is a lack of alignment or structured paths between the gravestones in the forest. Unlike other modern buildings and creations, Asplund and Lewerentz's cemetery resembles more primitive, medieval Nordic designs. 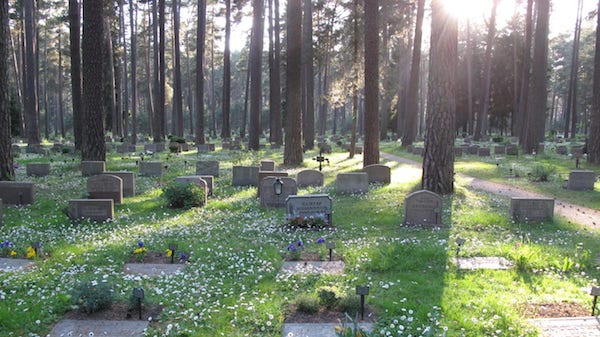 The World Heritage Committee's motivation: “Architects Gunnar Asplund and Sigurd Lewerentz formed the Forest Cemetery, established a new form of burial site that fundamentally influenced the shape of burial sites around the world. The quality of the forest cemetery consists of its early 1900s architecture and landscaping adapted to a burial site.”

How to get there: Take the metro (green line) from Slussen to Skogskyrkogården. Please note that there are some disruptions on the green line during the summer, so you may have to find alternative routes.

Sweden's first contribution to the World's Heritage List is the current Swedish royal family's very place of residence on Lovön, Stockholm. The palace, representative of 17th and 18th century western and northern European architecture, among other things contains the Drottningholm Theatre and a Chinese Pavilion.

The Palace Theatre remains as the last surviving 18th century theatre that still puts in use its original machinery regularly. Its golden years came in 1777 when Gustav III took the throne, though just as his death came in 1792, the theatre fell into disuse. It has been restored a few times in the mid to late 20th century, and still sits 400 spectators with unique collections of preserved stage sets, dressing rooms, storerooms and scenery. 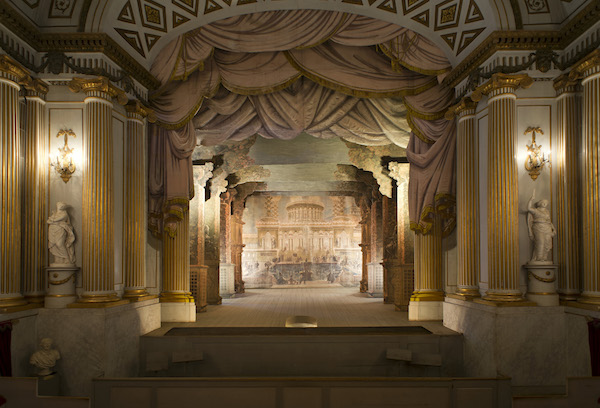 Beyond the theatre, there is the Chinese Palace, built in 1769, which contains miraculous interior decorations and collections corresponding with the Orient and contacts with East Asia in the 18th century.

The castle was given as a gift from King Adolf Fredrik to his wife, Queen Lovisa Ulrika, on her birthday in 1753. He secretly built it for her in Chinese style. Many imports from the east included tea, spices, artifacts and silk, and China became an imagined exotic land, so this castle was built with that in mind. 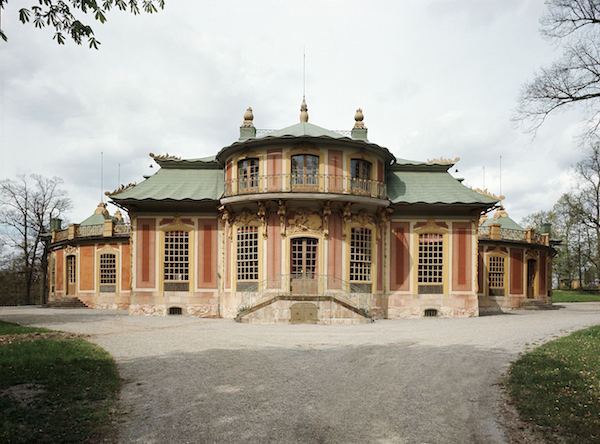 The World Heritage Committee's motivation: “The Drottningholm Castle, the Theatre, China Castle and the Park – is the best example of Sweden in a royal 18th century, representative of all European architecture from this time. Drottningholms Castle is influenced by the French King Versailles as well as many other castles in Europe during this time.”

How to get there: The journey takes about 25 minutes by car or 40 minutes by metro and bus. By metro, take the green line to Brommaplan and then the next bus to Drottningholm.

On the islands of Björkö and Adelsö in lake Mälaren, some of the best preserved archaeological sites from the Viking Age reside. Pick up your ax and shield and explore the mercantile town of Birka, a central trading harbor from 750-980 AD. 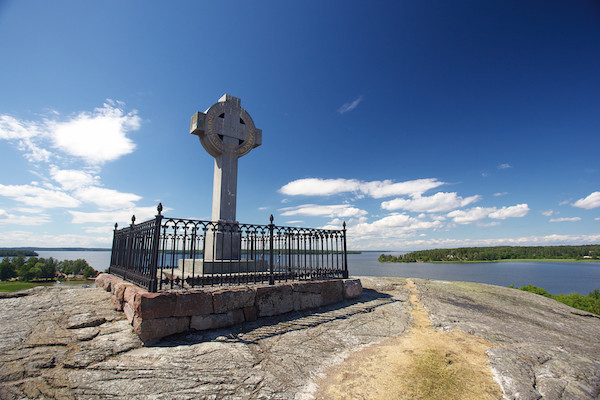 It is also known as the place of the first recorded attempt at Christianization of the Swedes, by the Frankish missionary Saint Anskar in 829-831.

However, trading vastly ceased in Birka in the late 10th century AD, the overall function as a trading post being taken over by the up and coming town of Sigtuna. Though, Hovgården remained as a governing and royal presence for many years after. 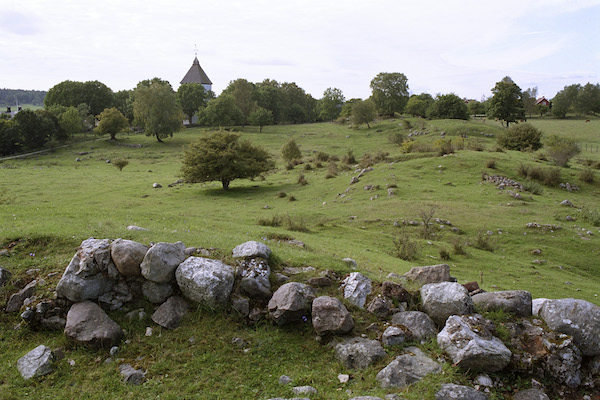 The World Heritage Committee's motivation: “The Birka and Hovgården complex bears exceptionally well preserved testimony to the wide-ranging trade network established by the Vikings during the two centuries of their phenomenal economic and political expansion. Birka is one of the most complete and undisturbed examples of a Viking trading settlement of the 8th to 10th centuries.”

How to get there: Since it is an island, you will need to take the boat. From central Stockholm, find the Birka port here. It can take between 15 minutes and 2 hours to get there, depending on your departure point, which you can select here.

During the 18th century, the Engelsberg Ironworks became one of the most developed, modern ironworks the world had ever seen.

Surviving as an outstanding example of influential European industrial complexes from the 17th to 19th centuries, situated in Norberg of central Sweden, the Engelsberg Ironworks maintains buildings from the 12th century of various functions and ages. 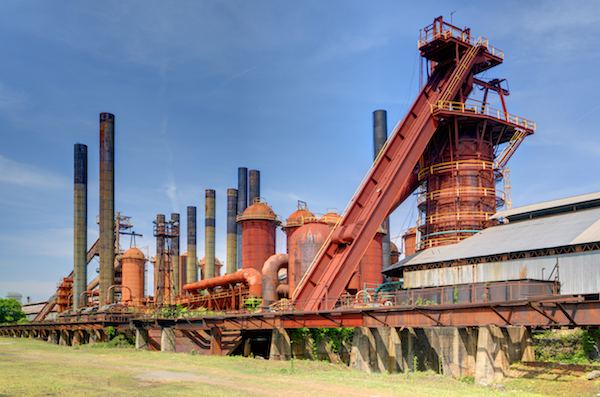 With smelting houses, administrative and residential buildings, inspectors' houses, smiths' cottages, stables, breweries, and a monumental barn of slag stone, the area contributed greatly to Sweden's becoming an economic leader in that field during the 17th to 19th centuries and its prosperity in a rapidly evolving world. 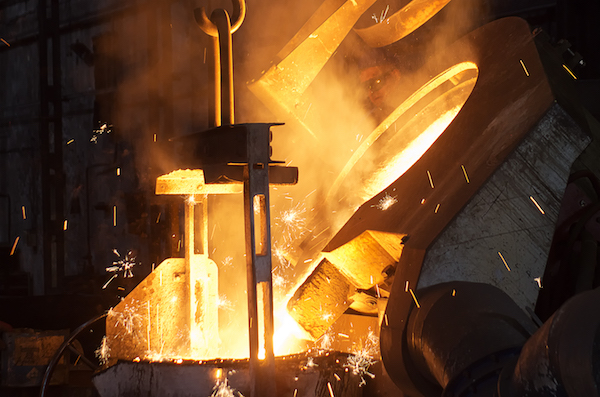 World Heritage Committee's motivation: “Engelsberg is an outstanding example of an influential European industrial complex of the 17th-19th centuries, with important technological remains and the associated administrative and residential buildings intact.”

How to get there: The ironworks lies about two hours by car from Stockholm central. You can also take the commuter train to Bålsta, changing there to an SJ train to Ängelsberg, changing in Västerås. It takes around three hours.

As an industrial monument, Great Copper Mountain is one of the most spectacular in the world.

Scouring the landscape illustrates how copper production continued from the 9th century onward. Beyond that, up until the late 20th century, the site was known more so for its mining and metals production. 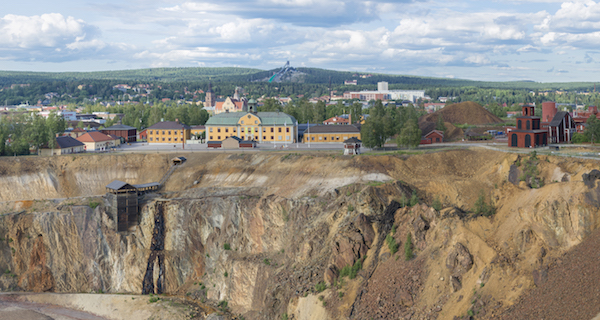 While telling us about economic and social evolution in the copper industry through the ages, it also helps us piece together the picture of technological change in Sweden over many centuries.

The mine reaches 67 metres deep, and used to be a searing furnace at 50C (122F), but it is now refreshingly cool. 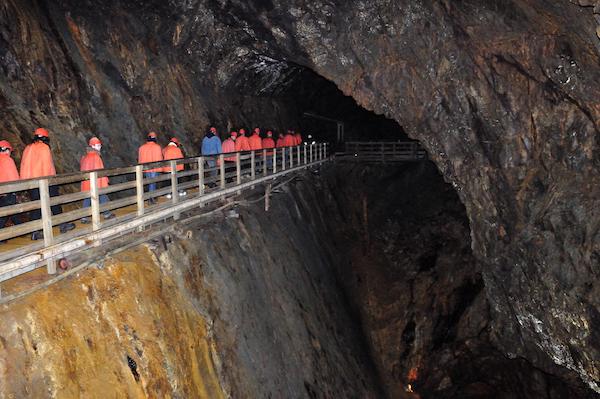 Underground in the mine. Photo: Falun Mine

The Great Pit, the mining excavation in the middle of the landscape, is the starkest aspect of Great Copper Mountain. The early years of the mining industry can be interpreted vastly by the high-degree of industrial resources and historical remains discovered across the area.

The World Heritage Committee's motivation: “Copper mining at Falun was influenced by German technology, but this was to become the major producer of copper in the 17th century and exercised a profound influence on mining technology in all parts of the world for two centuries. The successive stages in economic and social evolution of the copper industry in the Falun region, from a form of 'cottage industry' to full industrial production, can be seen in the abundant industrial, urban, and domestic remains characteristic of this industry that still survive.”

How to get there: It takes about 2 hr 40 min to get to Great Copper Mountain by car, and three hours by train. There are direct SJ trains from Stockholm Central to Falun station, which is about a one-kilometre walk from the mine.