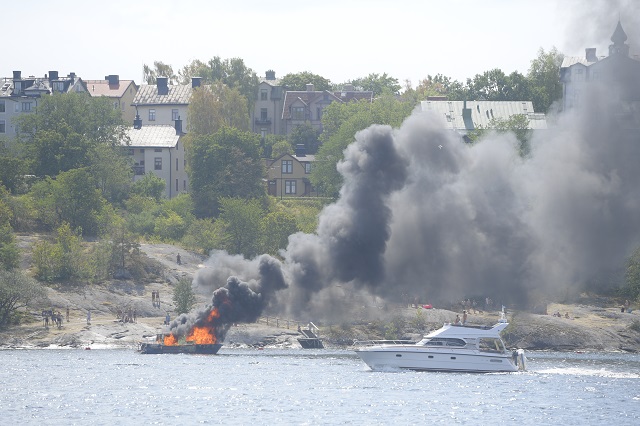 An image of the boat on fire. Photo: Maja Suslin/TT

The incident took place near Stora Essingen, a small island to the west of the city centre.

“We got an alarm of a boat burning at 12.34. It looks like there was a kind of explosion,” a Stockholm police spokesperson told the TT newswire.

She said that emergency services were on their way with the necessary resources and that work had already begun to extinguish the flames.

Witnesses told the Aftonbladet daily that they had heard a “loud bang” and saw people on the boat jump into the water before being picked up by other boats in the area. The fire was visible from a distance. Photo: Katarina Eklund/TT

Fire and rescue services said three people on board had abandoned the boat and had been picked up by other boats in the area, then taken ashore. There were no injuries.