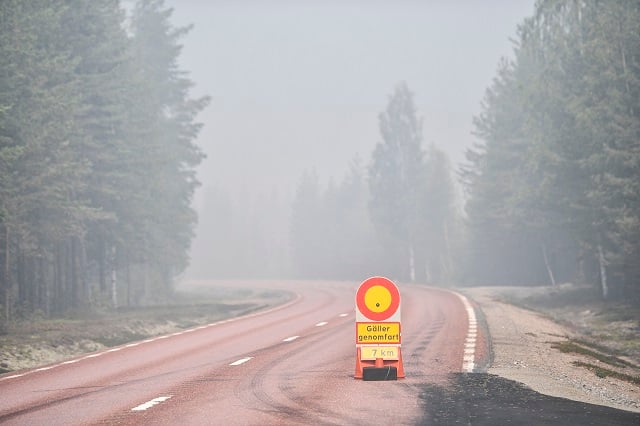 A closed-off road near the fire in Ljusdal. Photo: Maja Suslin / TT

Alongside the professionals doing their utmost to bring the blazes under control, across the country many ordinary citizens have joined the efforts. Many are giving up their vacation time to do so, since a large number of Swedes take extended holiday in July.

In the municipality of Ragunda alone, more than 100 people have been involved in the firefighting efforts.

“There are at least 100 people helping every day to go and see what fires are left that need to be put out and then relating this information back to the firefighters,” Karina Landin, spokesperson for the municipality, told The Local on Thursday afternoon.

“There are also other volunteers helping with providing food and such things,” she added. “We couldn't be doing this without them.”

One local resident who volunteered in Ragunda, Jan Röhlander, said it felt “important” to help out during the emergency.

“I wanted to help earlier, but volunteers hadn't been asked for. Then Jämtland's fire service put a note out on Instagram and was looking for volunteers — I applied straight away,” Röhlander told The Local.

He spent five hours on Wednesday helping to spray water at the edges of the fire, to stop it spreading further, and said: “I think we volunteers are an underestimated group who can do more to make the firefighters' difficult work fighting the fires a bit easier.”

READ MORE: Sweden is battling a historic wildfire outbreak. Here's what you need to know At a school in Härjedalen, kitchen staff prepared warm food to deliver to firefighters, with several local residents donating supplies. And the municipality has received hundreds of calls from people offering help from all over the country.

“We estimate that there are about 500 volunteers who are helping around Härjedalen,” Helena Bredesen, who works at the municipality, told The Local. “They help with everything from direct fire extinguishing, resource planning, transportation of materials, people and food and drinks.”

“The local population is valuable in terms of local knowledge which is sometimes invaluable. Without the volunteers, this challenge would be far too big,” Bredesen explained.

One Facebook group for volunteers in Ljusdal meanwhile gained over 4,000 members after it was set up by 28-year-old Elias Mattsson. Mattson knew some of the firefighters involved in fighting similar wildfires in 2014 and told Aftonbladet that he remembered his friends hadn't had enough food and water while battling the blazes.

He has been spending his planned vacation time organizing the delivery of donations to the scene of the fires, which have forced some local residents to evacuate their houses. Volunteers have donated food, money, and even transportation via Mattsson's group, with several supermarkets and other businesses also contributing refreshments to the firefighters. In addition to those coordinating help at a grassroots level, Sweden's Civil Contingencies Agency (MSB) has appealed to the Red Cross for help with organizing the volunteer efforts.

“We have extensive experience in organizing voluntary efforts and are now scaling up our work immediately,” Martin Ärnlöv, Secretary General of the Swedish Red Cross, said in a statement.

On Thursday, he called for anyone interested and able to help to get in contact with the organization, and said volunteers were needed to help with “assistance in evacuation, distributing supplies and spreading information about the ongoing evacuation efforts”.

Sweden's Deputy Prime Minister Isabella Lövin took to Twitter to share her thanks to all those helping tame the fires.

“A big thank you to all the heroes, professional and volunteers who are fighting to extinguish the wildfires in this heat. Your efforts are invaluable,” wrote Lövin, who is also Sweden's climate minister.

How can I help?

If you want to get involved, here are the numbers and contact details.

In the meantime, regional authorities have reminded residents to respect the ban on open fires (including barbecues), stay away from the areas affected by fires to allow emergency services to do their work, and avoid flying drones in the area, which could interfere with firefighting helicopters and water-bombers.

READ ALSO: More areas evacuated in Sweden due to wildfires

With additional reporting by Annabelle Leith 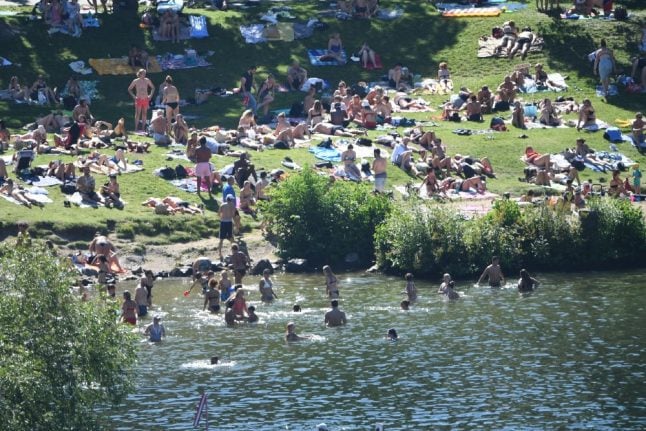