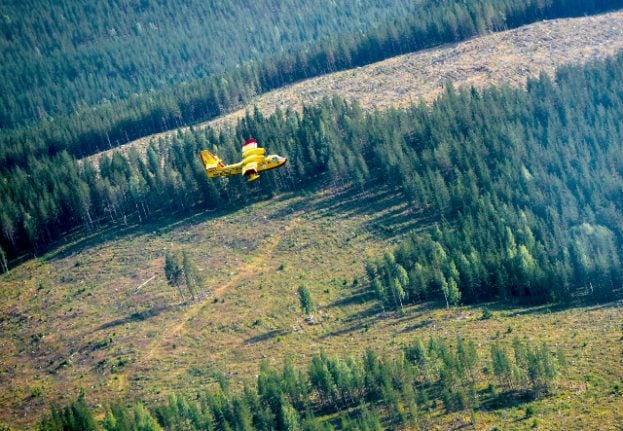 France is sending two Canadair planes to Sweden to help put out the wildfires raging across the country as a result of the current drought, Swedish authorities said on Thursday.

Firefighters are currently battling to put out around 40 fires, particularly in wooded areas, which have broken out during an extreme heatwave across the entire Nordic region.

Given the lack of manpower and capacity needed to tackling such events, the Swedish authorities have asked for EU emergency help to fight the blazes, which have caused no fatalities so far.

Three German helicopters and one Lithuanian plane are also being sent, the Swedish news agency TT reported. Denmark has already deployed an extra crew of firefighters to assist their Swedish colleagues.

Meteorologists have in recent days warned of “extremely hot” temperatures in Sweden.

Temperatures above 33C were reported in Uppsala (the hottest in 71 years), and more than 30 degrees throughout the rest of the country.

Neighbouring Norway was hit by wildfires in 100 locations in the south last week, some of which were triggered by lightning.