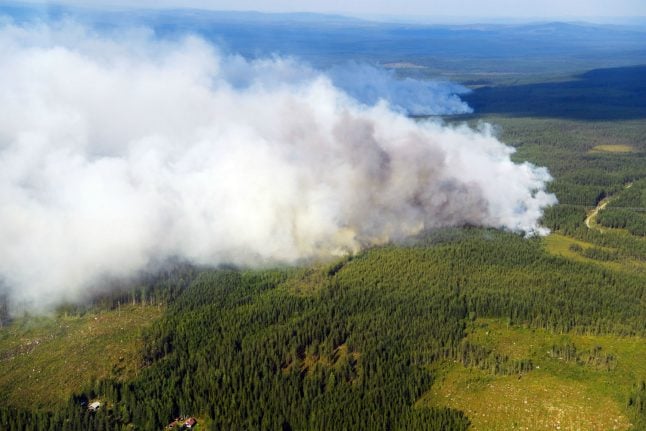 Firefighters on Sunday were battling around 50 wildfires. Photo: DPA

A total of 52 firefighters from the Nienburg district of Lower Saxony arrived on Sunday in nine fire trucks, said the state’s lower ministry.

“Their location is Älvdalen which lies in the most affected region Dalarna,” they said, referring to the area in central Sweden.

Firefighters on Sunday were battling around 50 wildfires after an unprecedented drought in the region and historically high July temperatures, which are hotter than they have been in at least 260 years.

Sweden had asked the German government for help in order to get a grip on the devastating fires.

“The idea of ​​European solidarity is of particular importance to us. And of course we offer help and support wherever we can,” said Lower Saxony's Interior Minister Boris Pistorius (SPD).

Hartmut Ziebs, president of the German fire service (DFV) posted a photo of the newly arrived trucks on Facebook, saying that after a short break following the journey to Sweden, that the firefighters would get to work on Monday.

Fire trucks are in particularly high demand in Sweden, as they can carry larger amounts of water. The firefighters from Lower Saxony were initially requested for a week for use in Sweden.

Firefighters from the Hanover region and Bavaria are also available as a reserve and could be sent to Sweden if necessary.