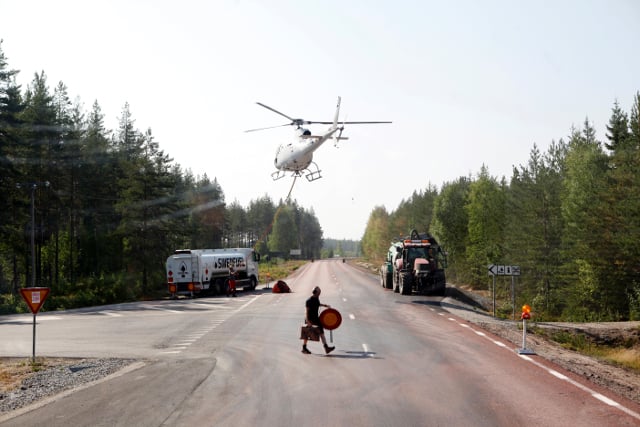 But at least four of the fires had not been brought under control, MSB said, and weather conditions were stacked against firefighters.

Sweden is experiencing an unprecedented drought and soaring temperatures which have reached the highest figures in more than a century.

“The risk is extreme” in the southern part of Sweden, where temperatures were expected to reach 35C in coming days, with no rain likely, MSB head of operations Britta Ramberg told a news conference.

Sweden, where usual summer temperatures are closer to 23C, is under-equipped to deal with this kind of crisis and has been getting help from Italy, Germany, Norway, Denmark, Poland and France.

There has been practically no rain since the beginning of May in the Nordic country, aside from a paltry 13 millimetres in mid-June.

Denmark, southern Norway and northern Finland are also experiencing a period of extreme heat which, according to weather forecasts, is unlikely to end soon.

Read the latest about the wildfires HERE.