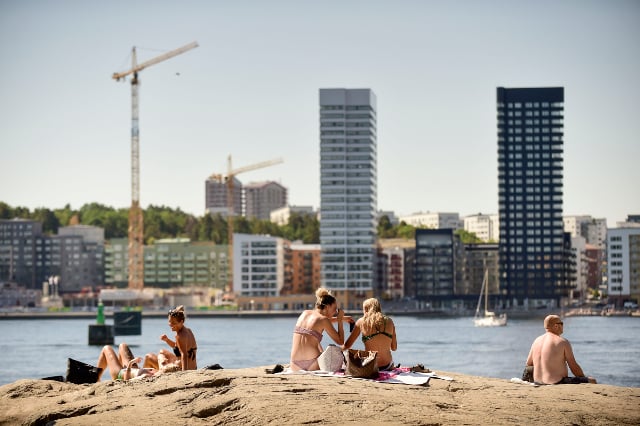 Stockholm started recording monthly average temperatures as early as 1756, and with no end in sight to the ongoing heatwave, Swedish meteorologists can already say this year will go down in history.

The old record was set in 1994, when the average July temperature was 21.5C. But many areas of Sweden have already reached that during one of the hottest and driest summers the country has seen, and the forecast for the coming week indicates that the mercury will climb even higher.

A warning of “extremely high temperatures” is currently in place for south-eastern Sweden, including Stockholm and Uppsala, where temperatures of over 30C are expected this week.

“What characterizes this summer is the persisting heat. A day or two over 30C is not remarkable, but it has been incredibly persistent, that's what's sensational,” Bengt Lindström, meteorologist at national weather agency SMHI, told public broadcaster SVT.

Sweden's hottest temperature ever – 38C – was recorded in 1933 and 1947. This year shows no sign yet of beating that, but this month does have in total the highest number of days over 30C.

But most of Sweden would probably welcome an end to the heatwave. Firefighters are still battling wildfires of around 25,000 hectares, and farmers are struggling to feed their animals in the drought.