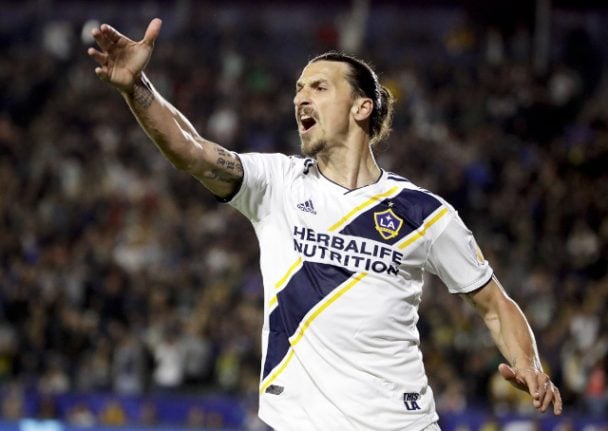 In another pulsating edition of Major League Soccer's newest city rivalry, Galaxy conjured two goals in the final eight minutes to grab a share of the points at LAFC's Banc of California Stadium.

The Western Conference duel echoed the two teams' first meeting in March, when LAFC blew a 2-0 lead before sliding to a 3-2 defeat after two goals from Ibrahimovic on his debut.

On Thursday, the former Swedish international striker was involved again as Galaxy staged a repeat Houdini act to claim a draw.

LAFC had looked to be cruising to victory after goals in the opening 20 minutes from Mexican international striker Carlos Vela and veteran midfielder Lee Nguyen.

But with Bob Bradley's side seemingly poised to take all three points, Galaxy battled back.

Ibrahimovic created the first goal, showing great determination down the right flank to whip in a cross for Romain Alessandrini to sweep home on 82 minutes.

There appeared to be little danger when Horta picked up the ball in the Galaxy half.

But a wayward back pass to goalkeeper Tyler Miller went straight to Galaxy forward Ola Kamara.

Kamara duly rounded Miller and tucked away the finish to seal a dramatic draw.

The draw leaves LAFC second in the Western Conference, three points adrift of leaders FC Dallas, who have played a game fewer.