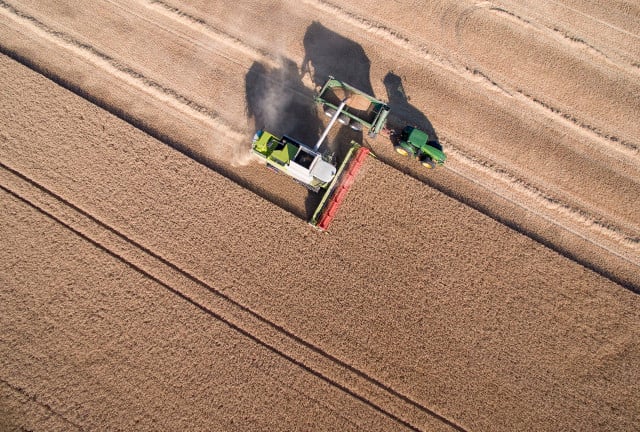 Sweden has seen the poorest harvest in 25 years as a consequence of the unusually dry weather, and farmers have been forced to import food for their animals in order to avoid slaughtering them prematurely. That comes at a cost – one many cannot afford to take on.

It is hoped the new national crisis package will alleviate their woes.

“This is an exceptional amount of support for Swedish farmers, but it's because we're in an exceptional situation. We need food production in Sweden, and it's at risk, so this is therefore a matter for all of Swedish society,” Finance Minister Magdalena Andersson explained.

The first step is a 400 million kronor pay-out over 2018 to dairy, beef and lamb farmers, which they should receive no later than December.

The government also reduced its tax on slaughterhouses by 60 million kronor, and Bucht noted that ministers have spoken to the EU about the possibility of receiving a European subsidy of 250 million kronor ahead of schedule.

Paul Borgström, nationwide chairman of the Swedish Farmers’ Association welcomed the crisis package but complained aid is taking too long to arrive.

“Each krona is valuable in this situation, it helps liquidity, but you could also hope that the money would come to the companies even faster,” he told news agency TT.

The government also plans to give out a further 760 million kronor to the agricultural sector in 2019, but Borgström says he wants a greater number of farmers to have access to that money.

“When we have the opportunity to influence the second wave we will push very hard to emphasize that all farmers are suffering from the drought, and not just meat producers.”