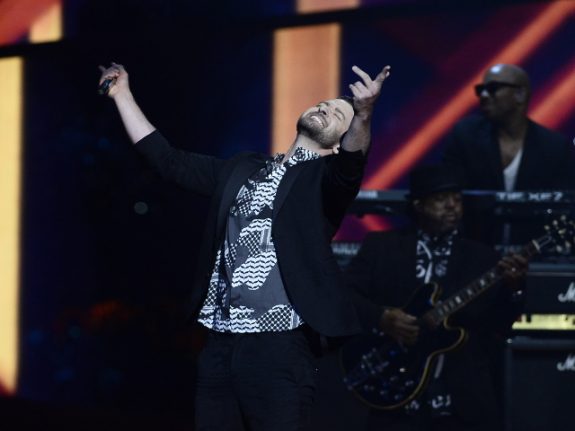 Timberlake was in Sweden for a stop on his “Man of the Woods” tour on Tuesday and opted to make an extended stay of the visit, first being spotted at Italian restaurant L'Avventura on Saturday before sharing an image of his visit to Gröna Lund on Instagram a few days later.

READ ALSO: 10 ways to enjoy your summer like a Stockholmer

When you are about that Dadlife but the jump shot is still wet so you win all the prizes.

Timberlake highlighting the classic Stockholm summer attraction to his more than 50.8 million followers on the platform was welcomed by its owners, who wrote “someone was happy with his basketball skills and prizes today,” in response.

Gröna Lund has been operating since 1883, and aside from rollercoasters, is known for its long tradition of hosting summer concerts, featuring names as big as Jimi Hendrix, Abba and Kiss.

Before ending his visit to Sweden, Timberlake also ate at Östermalm's Beirut Café alongside Swedish star producer Shellback, who produced his biggest recent hit “Can’t Stop the Feeling” (which was co-written by fellow Swede Max Martin).